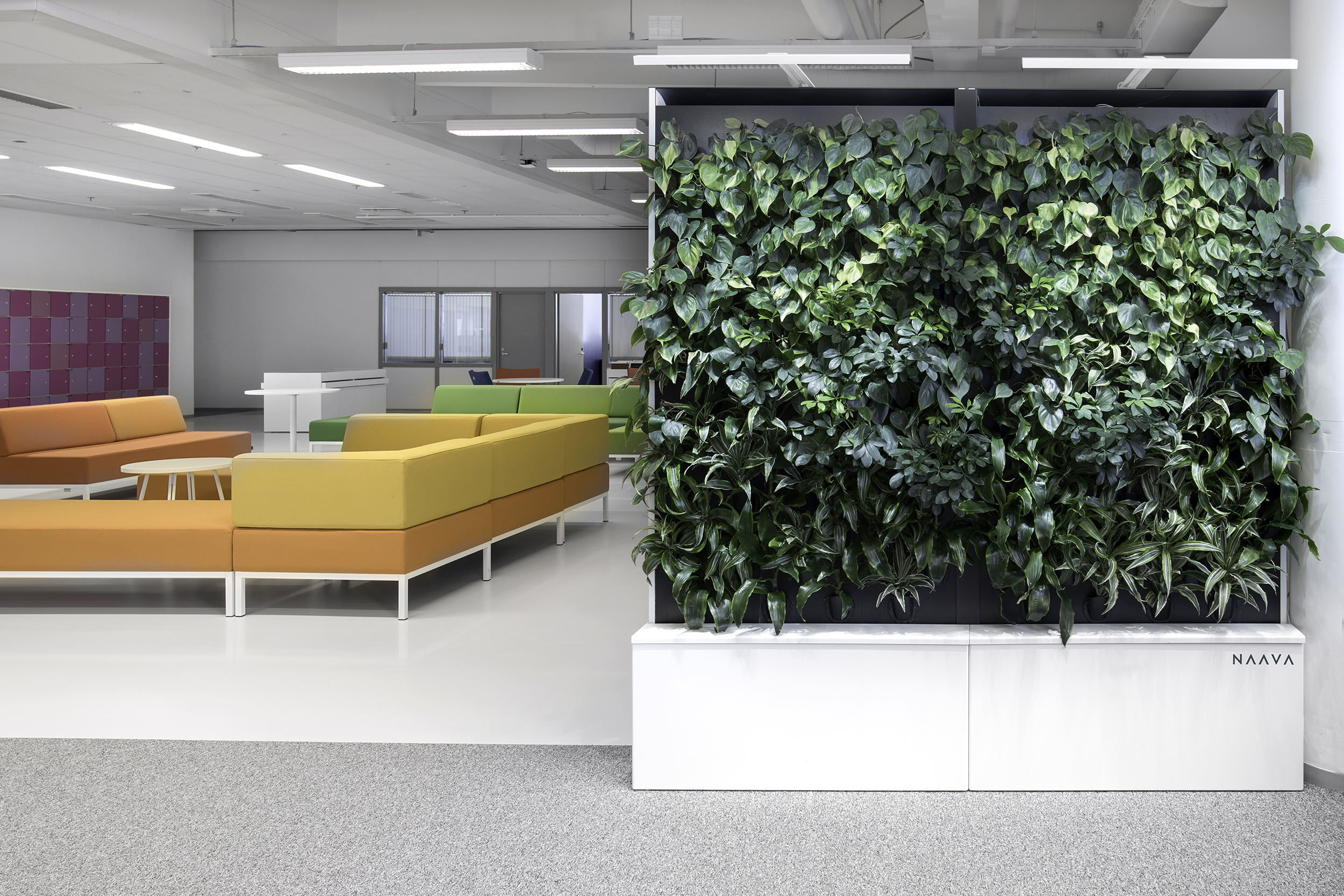 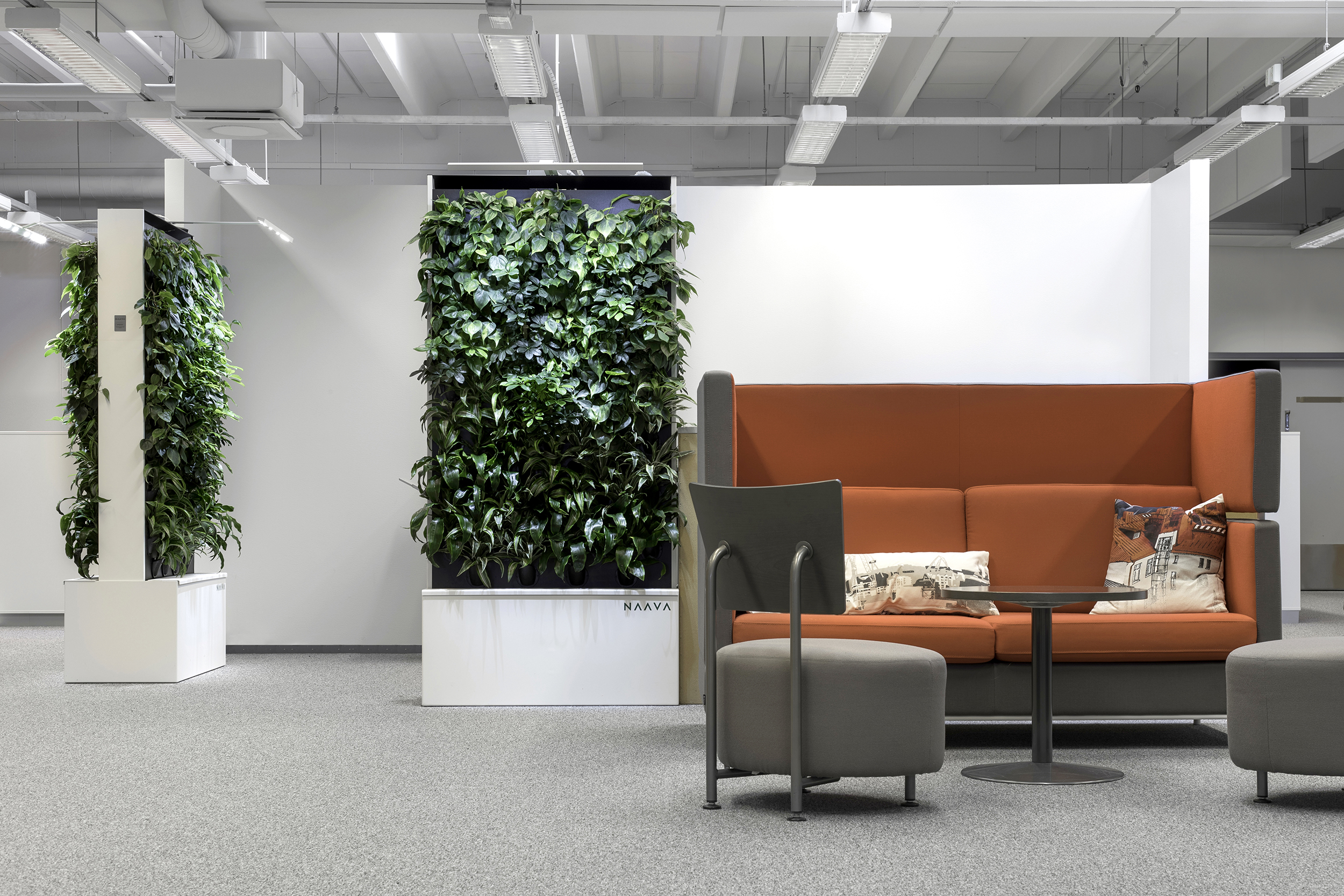 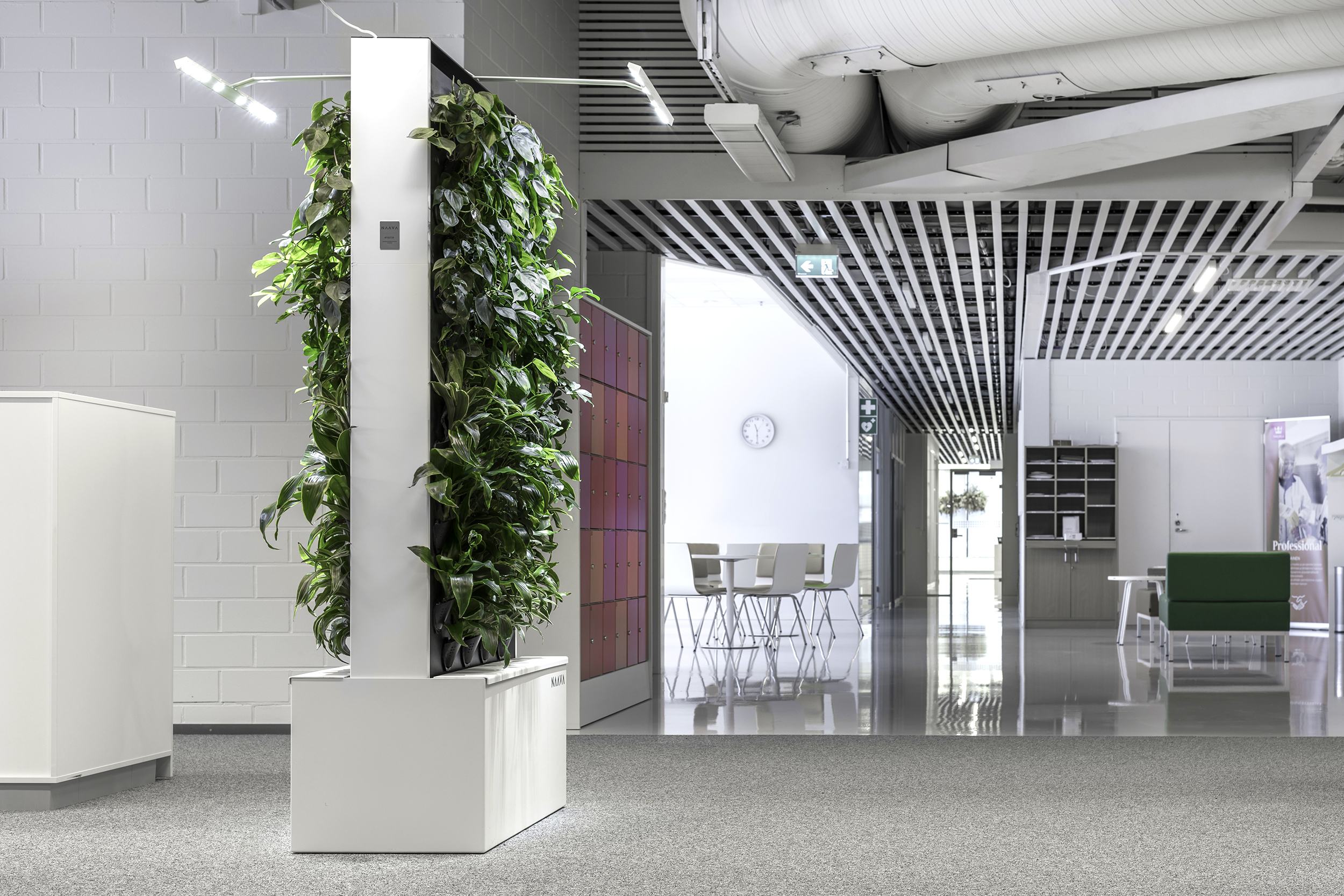 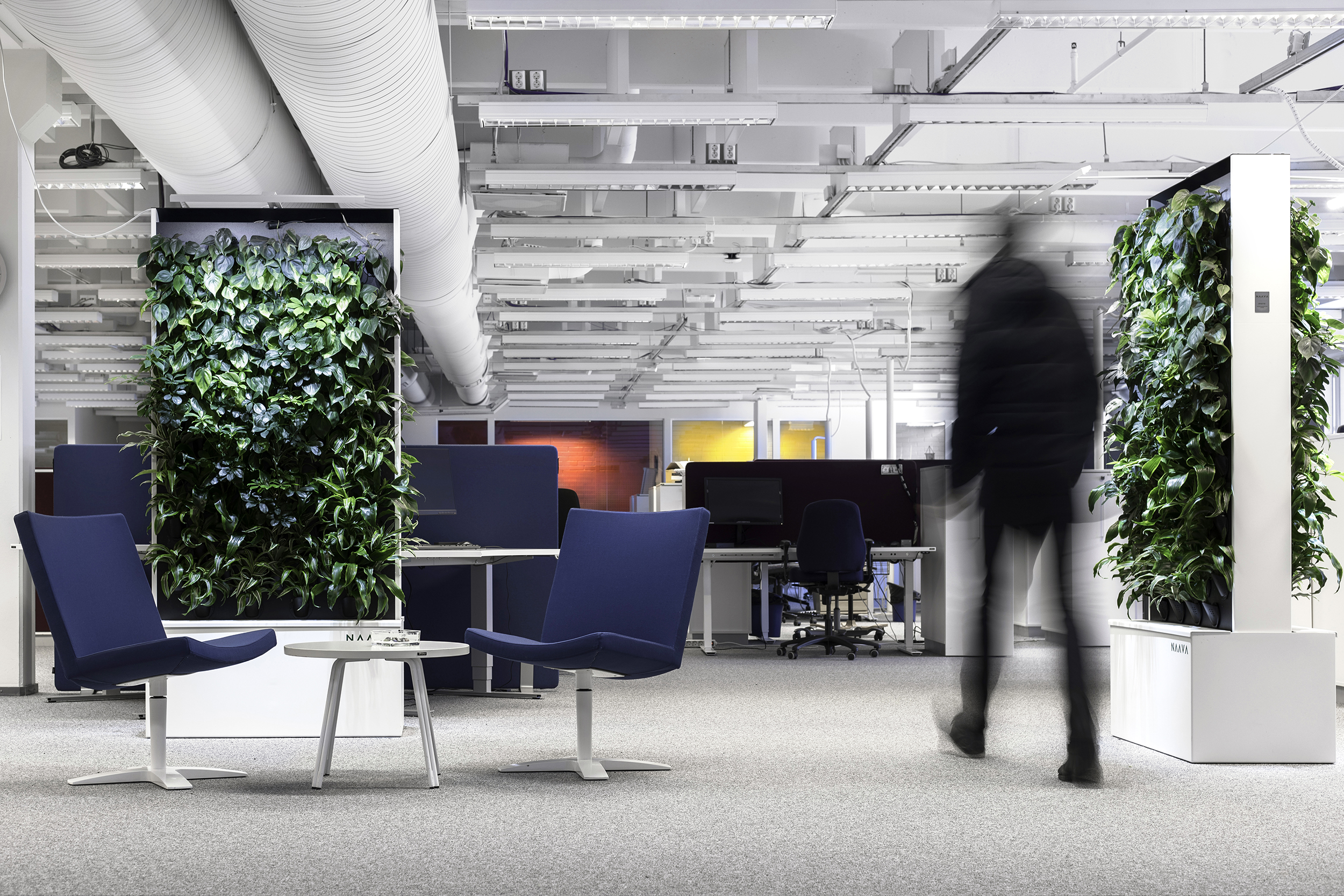 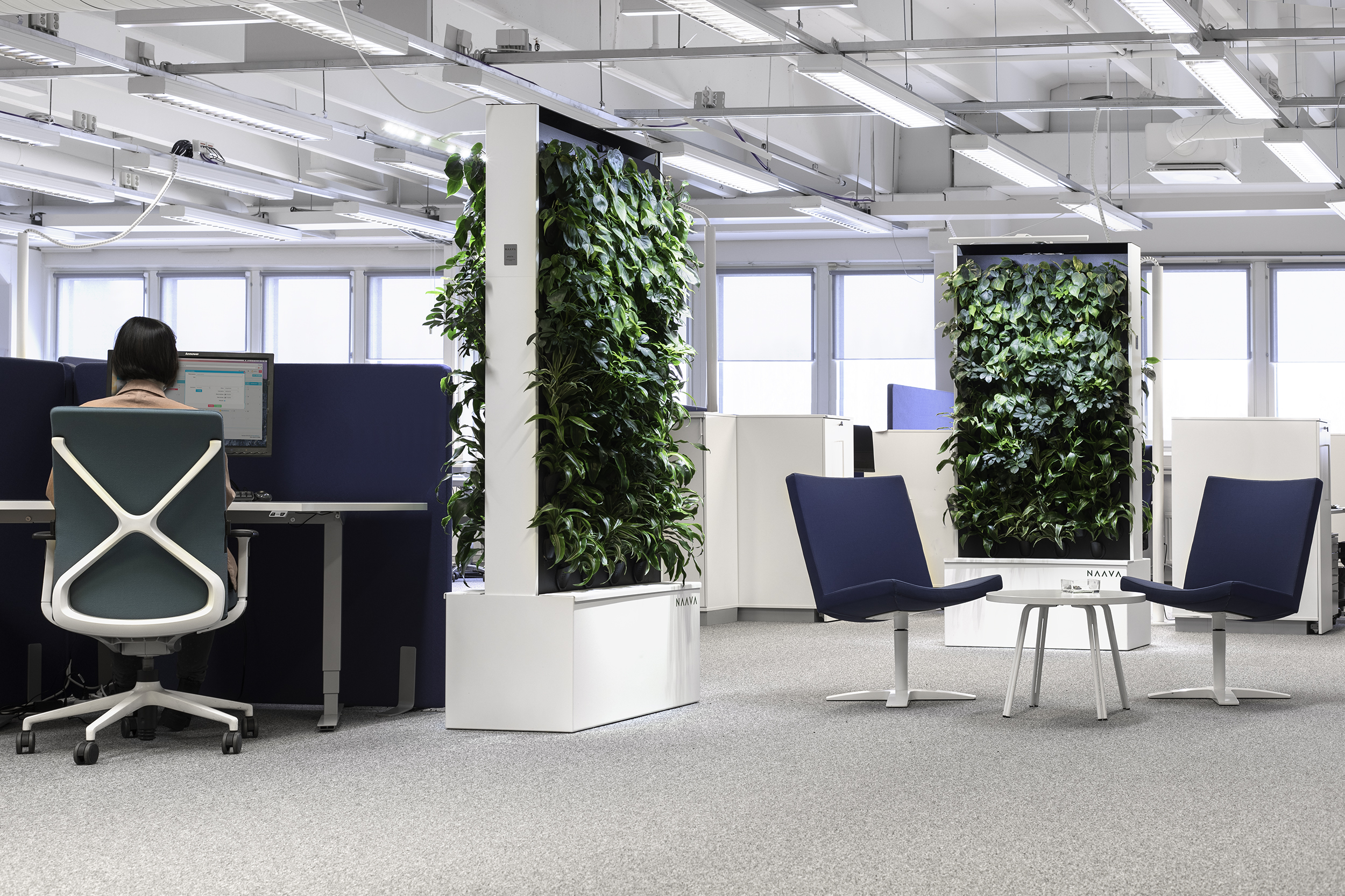 As the headquarters of Tikkurila moved, new premises were designed. After the renewals it was realized that by bringing in some green walls it was possible to elevate the value of the already beautiful premises even further. Naava's were placed in the open office to function as room dividers to increase privacy. They were also used to cover the printing and recycling area to calm down the overall look and feel of the space. The lush green walls complement the colourful interiors with plants and by bringing light indoors.

Fresh, clean air and plants play an important part in creating a more comfortable working environment for Tikkurila. With Naava Premium Service which includes filling of the watertanks, bringing nature indoors has never been as easy as it now is.

“The freshness Naava's bring indoors have made our premises more enjoyable. As our office is quite an open space, Naava's help in creating privacy to help with concentration acting as beautiful room dividers. They also soften the acoustics.” 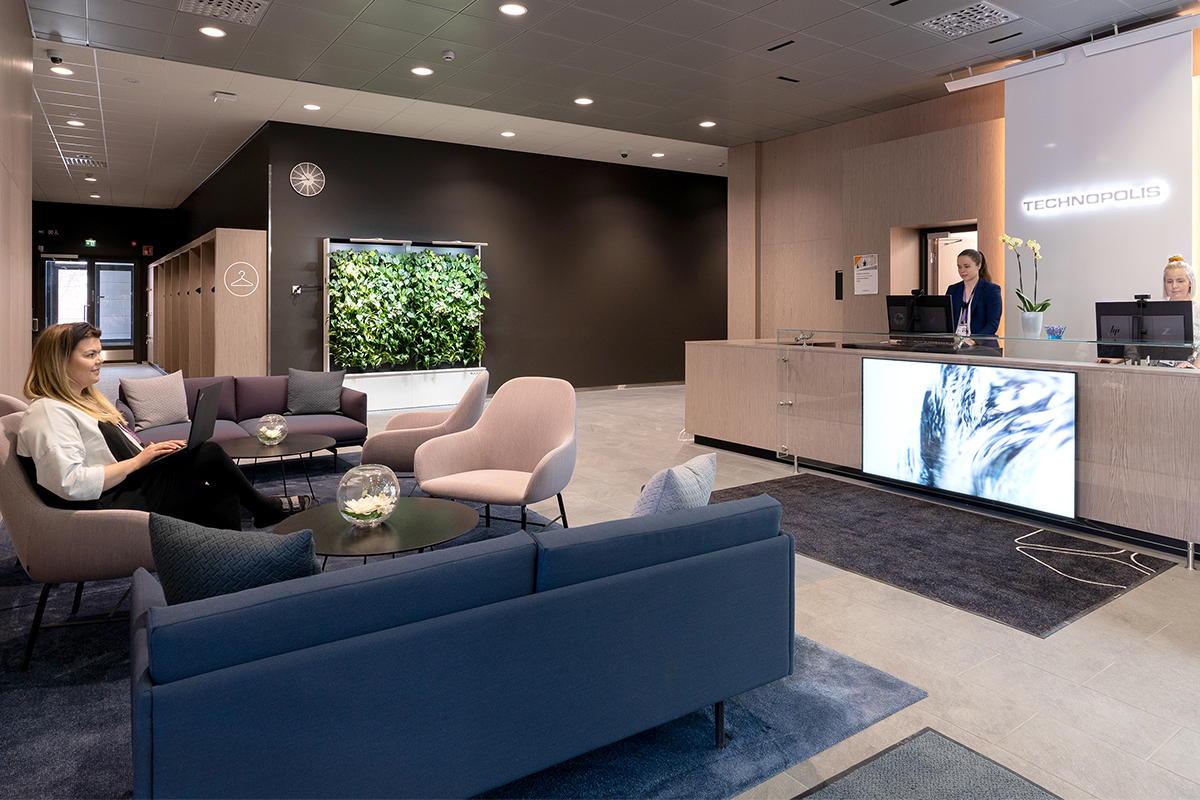 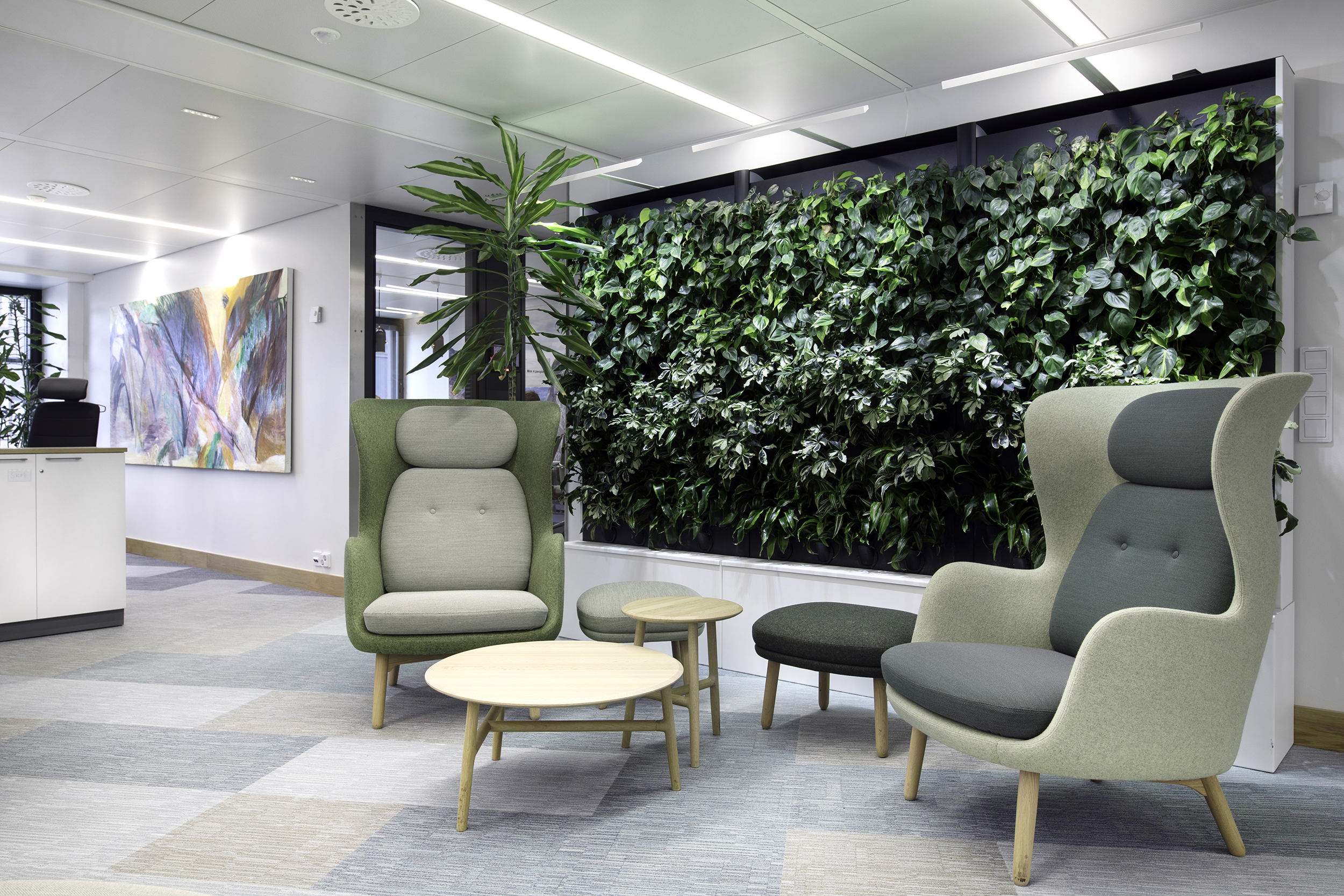