JCDecaux - an outdoor advertising agency reaching more than 400 million people around the globe every day - decided to tackle the symptoms caused by indoor air problems for the sake of better well-being and productivity of its people. The company has branched to several parts of the world in over 75 countries, employing professionals of sales, marketing, customer service and financial management.

Sustainable development, the environment, and monitored use of energy are just a few of the company’s global values. Additionally, the company places a high value on employee development and support of their well-being by strategically planning required actions on a yearly basis. The strategic programs are global, but with local additions and adjustments. 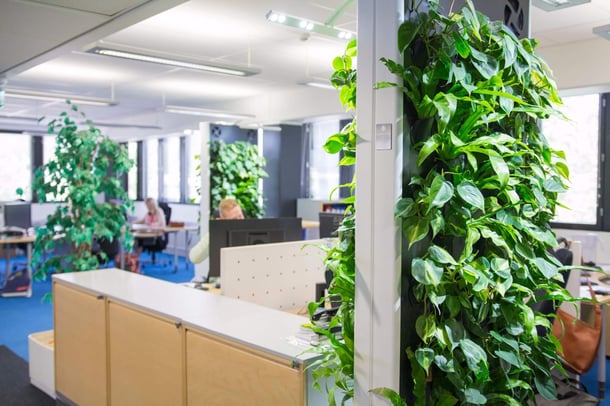 The emphasis placed on the well-being of their employees can be seen in the small percentage of overturn of staff as well as in the small number of absences. Accordingly, the demand for enhanced workspaces came from the employees themselves, and was also carried out according to their needs.

Breaking down barriers to increase motivation

JCDecaux sees its own premises as a potential factor supporting workplace well-being. Consequently, the company’s premises have gone through an extensive renovation. Every floor of the building was renovated and air ventilation, work equipment and ergonomy were invested in more than ever before.

The decisions were made based on general demand rather than individual need, with the help of a professional.

“Upgrading the workspaces where we spend most of our time at work was a big part of enhancing employee well-being and increasing inner motivation”, explained Klaus Kuhanen, CEO of JCDecaux’s Finnish branch.

The company’s goal was for their employees to feel like it’s great coming into work every day.

According to Klaus, motivation is strongly affected by a sense of community. Thus, the company aimed to create an environment that supports communality. For instance, the kitchen was made into a low-threshold meeting place to bring the people closer together.

“I spend a lot of time there myself, as you can see colleagues from different departments there the most. It is a great place to have lunch, a snack and to occasionally do some work,” explained Klaus.

In addition to increased motivation, the company wished to enhance productivity. As the premises are located in an old building, all the renovating in the world couldn’t solve all their indoor air problems. They needed something different.

Air and its quality affect health, alertness and comfort. The most common symptoms caused by poor indoor air quality are tiredness, eye symptoms, such as leaking, itching and redness, headaches and flu-like symptoms. Naavas aided these discomforts of workplace well-being.

Moreover, as in most offices, the infamous afternoon slump used to cause trouble at JCDecaux’s office as well, as people started feeling like they were running out of energy as the day progressed. 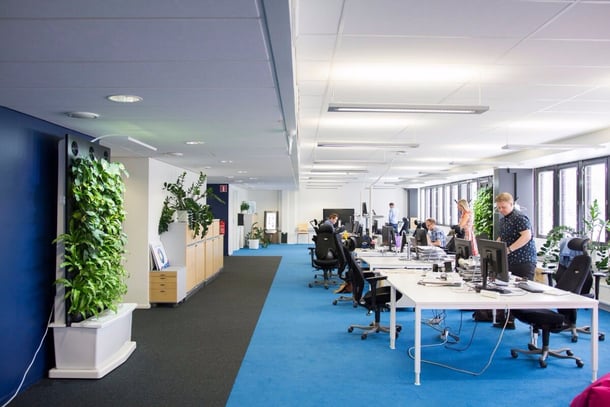 Especially the indoor air’s effects on alertness go unnoticed by most, although fresh air is one of the key factors of feeling better, along with drinking enough water.

Klaus recognized the symptoms of poor indoor air quality around the office, as he was no stranger to them himself. Thus, he was intrigued enough to give the Naava smart green wall solution a go when stumbling upon Naava by chance. Now, there are smart green walls in various office spaces at the premises.

"When the afternoon slump hits, you feel like you’re running out of energy. There are two commonly known factors affecting this feeling: not drinking enough water and not breathing enough fresh air."

The Naavas brought their own added value to the mix of other fixes made. Together with the improved ventilation, the afternoon slump has been defeated and symptoms of allergies alleviated. 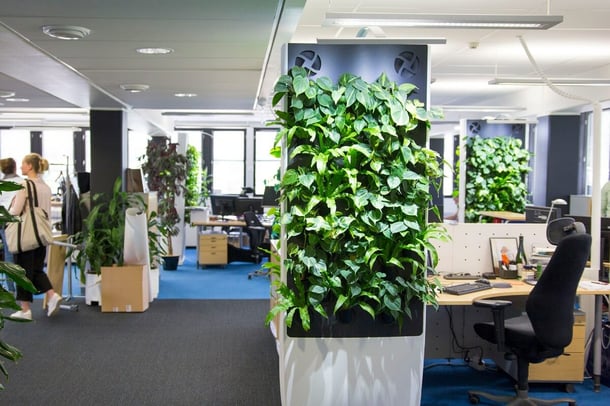 “We’ve had concrete results of people saying they feel better. I’m a part of that crew, too. The energy levels at the office can easily hit a slump in the afternoon, but the Naavas have helped us overcome this challenge. The fresh air contributes to an environment that supports alertness and well-being. With the help of the Naavas, we have the energy to work efficiently throughout the work day, and consequently also enjoy our downtime to the fullest,” described Klaus.

“This is exactly the kind of a solution we look for: one that affects the alertness and health of our employees,” stated Mia Kainulainen, HR specialist.

“In addition to the expenditure and costs, one should remember to think about the health of the people in the space. It is important to consider the development of workplace well-being as a part of a company’s strategy. That is how the best results are achieved - and a happy work community as well,” pondered Klaus and Mia.

Interested in creating a healthier indoor environment at your workplace?

Contact us to find out how Naava smart green walls can help your work community feel happier, healthier and more productive.