Naava: The Story Behind Our Brand Name

Have you ever wondered why our brand is named Naava?

What does Naava actually mean and how does the name relate to what we are doing here at Naava on a daily basis? Let us explain. 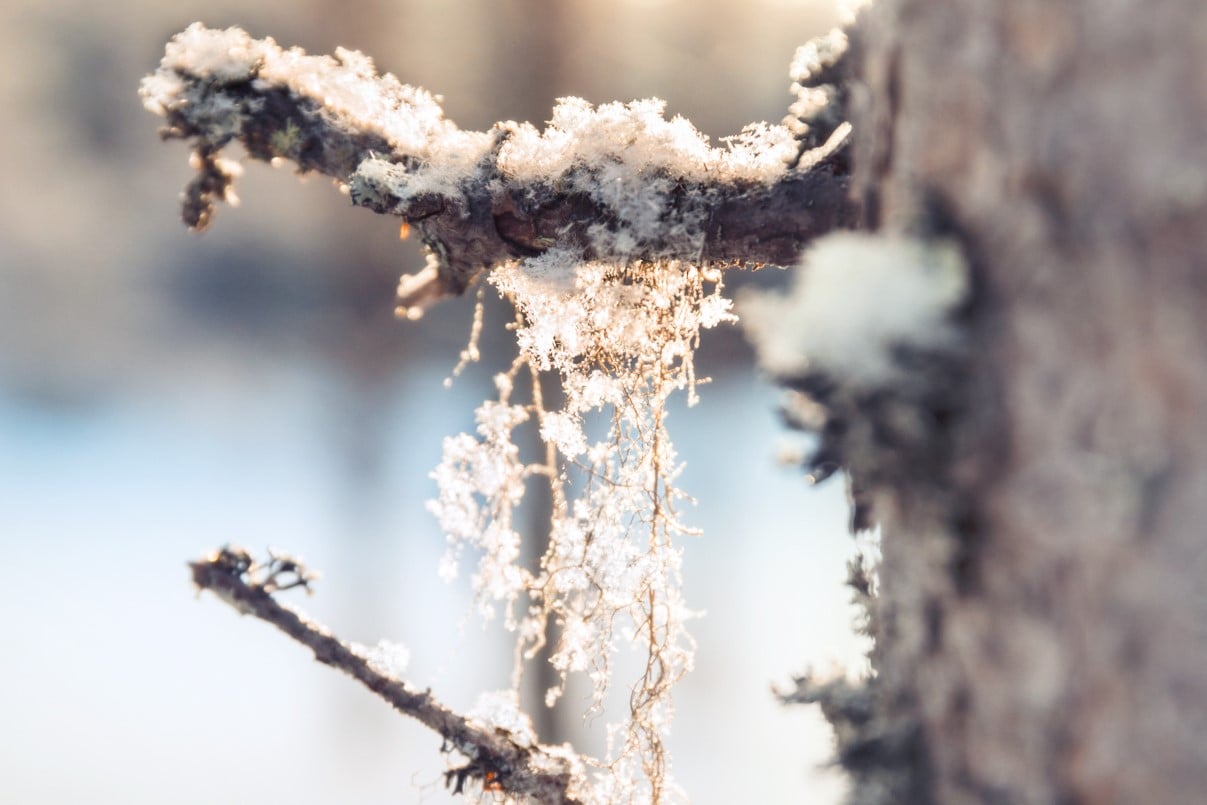 From its establishment in 2012 until 2016, our company now known as Naava was actually called Naturvention, a company name born from the merger of the words "Nature" and "Invention". You could say that it was our own take on the Shakespearean way of inventing new words. What do you think - what would famous word combiner and word inventor William Shakespeare have thought of our word merge? We will never know...

In 2016, we officially changed our name from Naturvention to Naava. Already before the official name change, we were for a couple of years referring to our products as Naavas, which seemed to delight not only us but also our customers. Thus, as a part of our brand renewal project in 2016, we decided to change our company name to the name many had already begun to associate us with: Naava.

And ultimately, we have felt that our new brand name Naava has been a perfect match for us - even if it lacks in Shakespearean wit.

Naava's name change in 2016 was announced on Times Square

Naava - Named After a Unique Lichen

Naava is a nature-themed word which in Finnish refers to a special kind of lichen that thrives in the northern parts of the world where air is pure and unspoiled. Due to the lichen typically hanging from a tree, it is sometimes also referred to as "beard moss" or "old man's beard". If you encounter such a lichen when hiking, skiing, or biking through a forest, you can be assured that you are spending your time in one of the healthiest places in the world.

Now some more lichen-specific science talk for those of you who are really into learning more about these intriguing organisms. The lichen is an organism that actually consists of a symbiotic association of fungi and algae. Lichens play an essential role in the ecology of forests as they provide valuable microhabitats, shelter, and food for various small invertebrates. As already stated, lichens are highly sensitive to air pollution, especially sulfur dioxide, which makes them natural air quality indicators.

Therefore, it is always a good idea to keep an eye on the lichens in your area. When you notice that there are no lichens to be found in an area that previously was packed with them, you know that something worrying has happened to the local air quality. 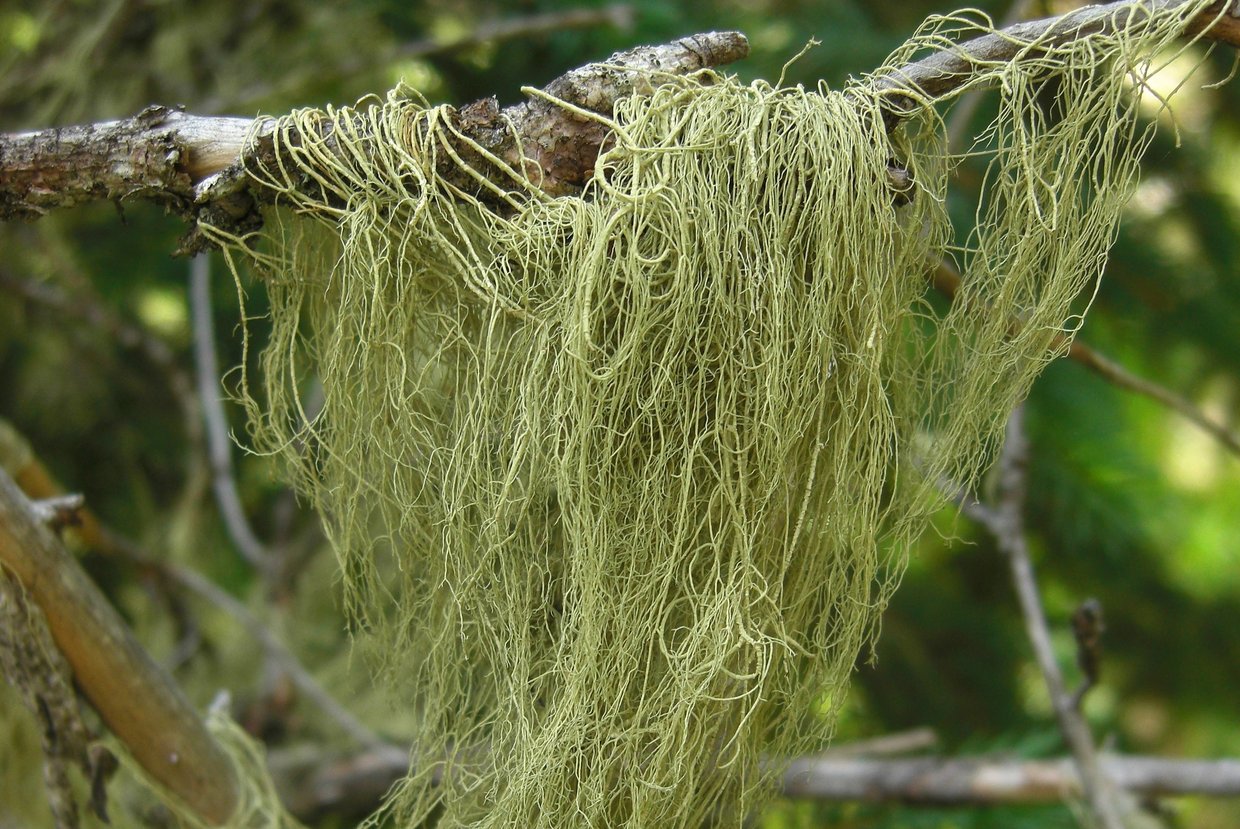 The core idea behind our brand is that similar to the presence of lichens in a forest, the presence of a Naava green wall in an indoor environment also equals fresh and pure air. Implementing nature and its positive effects into urban environments has always been at the core of our mission.

We believe that it is necessary to experience nature continuously to fully appreciate the benefits and preciousness nature provides us with. With Naava, everyone is able to holistically experience nature's potential and implement that value into their modern urban lifestyle. We want to drive people and the planet towards healthier and more sustainable living so that we can harmoniously coexist with nature. 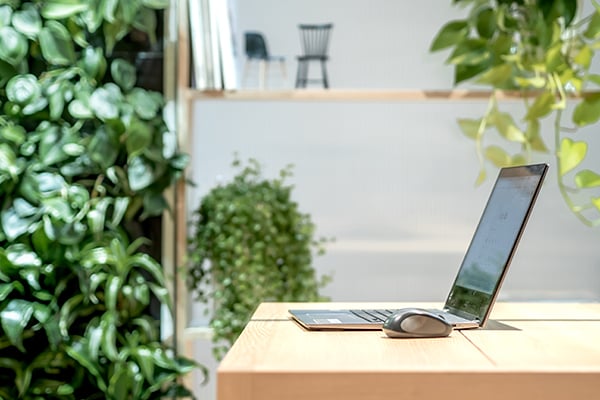 Naava in a Nutshell

In conclusion, to answer the question posed in the beginning: the name Naava refers to a unique lichen often found in areas that experience pristine air quality. This is also what we as a company want to associate our products and services with: a guarantee for high-quality air and a nature connection.

The name Naava also portrays our Finnish heritage while not being too difficult to pronounce for people from around the world who have never heard a syllable of Finnish and would not be too confident to even try to pronounce Finnish words (hey, it's not that easy!).

Fun fact: Quite a few sources throughout the years have listed the Finnish language as one of the most difficult languages to learn, mostly because of the grammar. Or what do you think about this following extraordinary compound word that is widely accepted as the longest Finnish word - lentokonesuihkuturbiinimoottoriapumekaanikkoaliupseerioppilas - which roughly translates to airplane jet turbine engine auxiliary mechanic non-commissioned officer student?

Aren't you glad now that we are only called Naava?