Nature cannot be controlled. But could it be guided? Let’s ask Naava’s tech-heads.

Naava is the world’s first green wall combining artificial intelligence and plants. AI analyzes and guides the functions of the smart green wall. But behind every AI system is a person. Naava’s AI has been developed by one of its founders, Niko Järvinen, and software designer Toni Aalto, who are just the right people to give us a glimpse into the world of coding nature and technology together.

When we at Naava talk about bringing nature indoors, we don’t just mean adding greenery to indoor environments. We mean bringing the whole outdoors indoors. This also includes the fresh forest air that is the foundation of life and wellbeing.

Bringing it indoors has never been possible before. Now, with the combination of nature and technology, it is.

Niko is responsible for the technology, while Toni takes care of the AI and its development. Toni is an expert of information technology having worked in the field for the past twenty years. These days at Naava, he combines millions of years of nature’s development with the latest technology, and codes the system to ensure Naava’s plants remain in perfect condition in their new demanding job as biological air purifiers. 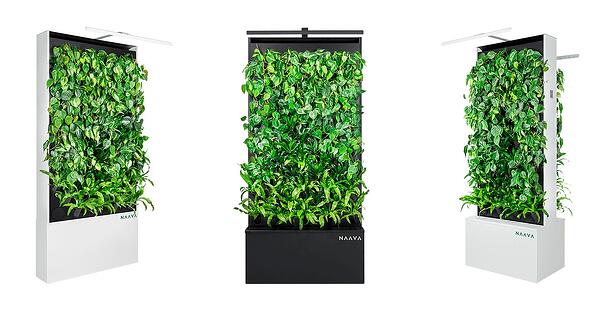 Can nature’s processes be accelerated?

Niko’s path through University of Technology and studies of environmental sciences led to a lecture hall where an idea was born to utilize plants as biological air purifiers similarly to the way they have been used to biologically purify water. The idea was supported by NASA’s inspiring research discovery.

Did you know that it’s not the leaves of the plants that purify air, but it is the roots and the microbes living in them?

In their study, NASA found out that the air purification ability of plants comes down to the microbes of the roots, which effectively break down harmful chemicals and impurities in the air to use as nutrients. Naturally, the next question was, how could we control these microbes?

Nature’s power taken to its limits

In order to accelerate the activity of the microbes, all Naava plants are planted into a soilless and porous growth medium. In combination with tech-driven active air circulation, this allows air to flow through the root systems.

Having air circulate through the root systems of the plants isn’t natural to the plants. In fact, it is known to be very stressful for the plants. The air purification efficiency of Naava plants is taken to the extreme, which makes the plants extremely vulnerable and easily stressed. That is why Niko likes to compare the Naava plants to top athletes: “Because athletes train hard, their bodies need the right amount of good food, sleep and rest. The same applies for the Naava plants: when they are strained this much, they need the right amount of water, nutrients, light and rest at the right time to remain healthy.”

The continuous optimization of the right amount of water, nutrients and light would be a lot of work by hand. That’s why the first prototype of Naava quickly went through a massive leap in product development when technology was included into the frame of the smart green wall.

“Technology helps in performing assigned manual tasks, such as the irrigation system watering the plants multiple times a day. But someone still has to tell the Naava when to do which task,” explained Niko. In response to this need, artificial intelligence was developed to control Naava’s functions and utilize machine learning.

“Initially the replacement for AI was our plant specialist Siina Kaakinen, who monitored every Naava’s functions and how the plants were reacting, and optimized the functions based on her observations. Once we developed the artificial intelligence to take over the job, Siina was free to focus on her speciality, which is plant research and testing,” Toni described.

“Thanks to smart technology, there’s no need for someone to control the functions of the smart green wall and to keep a log to learn how everything works. Instead, we have taught technology to control and analyze the functions on its own,” Niko explained. Thanks to the unique match of nature and technology, plants have found a new purpose in Naava. A purpose which wasn’t even on plant specialists’ radar a few years ago.

Artificial intelligence allows Naava to adjust to its environment and any possible changes in its living conditions. The sensors measure the surrounding space. AI then analyzes the data and combines it with information gathered from weather satellites to predict changes and make adjustments accordingly. In other words, AI monitors and adjusts the living conditions to ensure they are optimal for the plants to maintain maximum air purification efficiency without getting stressed or losing any of their vibrant green glow.

Nature and technology, together for the first time in history

Relatively speaking, smart technology has not yet been utilized much when it comes to plants and other living organisms. “The most challenging part of combining nature and technology is that you have to figure out the causes and effects through trial and error,” explained Niko when describing the vital culture of experimentation in the business of innovation.

“You don’t know all the variables beforehand, which means you have to speculate about any possible changes in the equation which might help in developing the outcome to make it even better.”

There is a big gap between the rhythm of nature and the speed of technology. Code can be rewritten in an instant and data is transferred through hundreds of megabits in a second, yet nature takes time to adjust and show the outcome.

Although technological development is lightning fast, AI solutions are few and far between in the field of plant production. According to Forbes, farmers, for example, aren’t willing to risk an entire harvest on technology. Instead, they want to make sure that the technological solution is continuously beneficial by testing it out in authentic circumstances first. Due to growing seasons, testing out different solutions can take a number of years before reaching a final verdict. That is why Naava plants also take up to a year to prove whether or not they can make the cut as biological air purifiers. The loss of air purifying plants in a Naava smart green wall would be equivalent to a farmer losing his or her crop.

As we can see, combining technology with living things and organisms does not come easy. On the other hand, AI can be just the thing to help deal with the changes of varying circumstances. Technology can alter the living conditions and give plants time to adjust. In other words, with the help of technology and AI, typical houseplants can be modernized to fit our needs.

IoT is at the core of Naava Service

Once Naava arrives to its new home, the Naava Service team connects it to the mains and the GSM network. This is when Naava comes to life. After this, the maintenance team only has to click once to add the new Naava to the system. Naava’s condition is evaluated and logged on each Naava Service maintenance visit and the AI is notified if e.g. plants have been replaced. This way AI can analyze the situation and optimize the smart green wall to go easier on the plants before going back to its full power. The collected data from the different stages of the service enable AI to always be aware of how Naava is doing, who has taken care of it and what kind of care it needs.

Artificial intelligence analyzes data and learns to determine which functions fit each individual Naava unit in the specific environment it is in.

Never before have the outdoors been brought indoors. Previous efforts have come tumbling down due to complexity.

Similarly to so many other inventions that have changed the world since the light bulb and the dishwasher, Naava’s technological development was also prompted by the desire to make everyday life easier. Running and balancing an indoor ecosystem would be a full time job for one person, which is why the right kind of technology needed to be developed for the task. Thanks to technology, Naava can now take care of itself and focus on maintaining the set standards for optimal indoor air quality.

AI has one job: to take care of the wellbeing of Naava’s plants and to learn from changes. Meanwhile, our job is to develop technology to advance people’s wellbeing indoors in the best way possible.

Contact us to find out how Naava can bring the outdoors indoors at your premises. 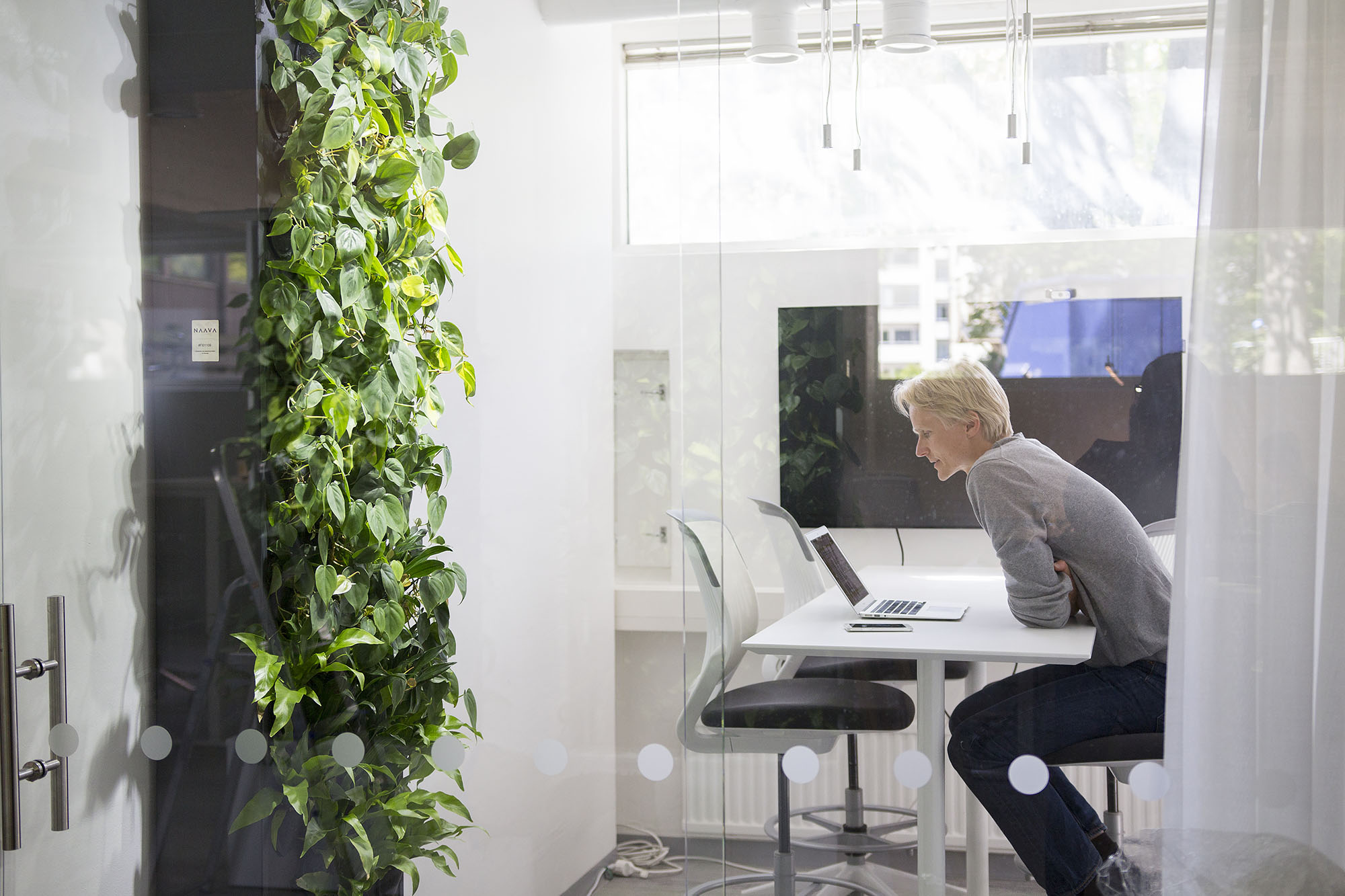 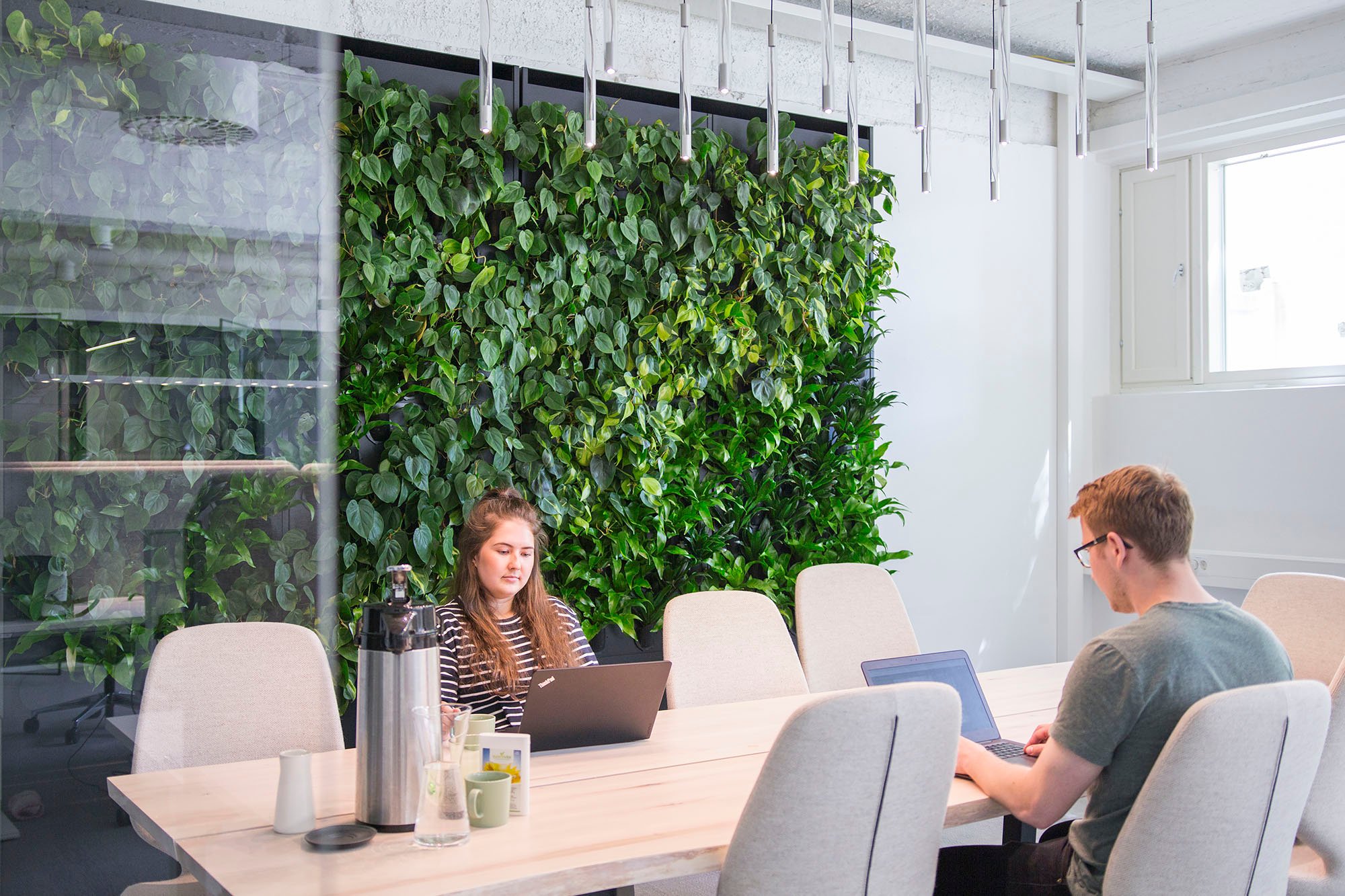 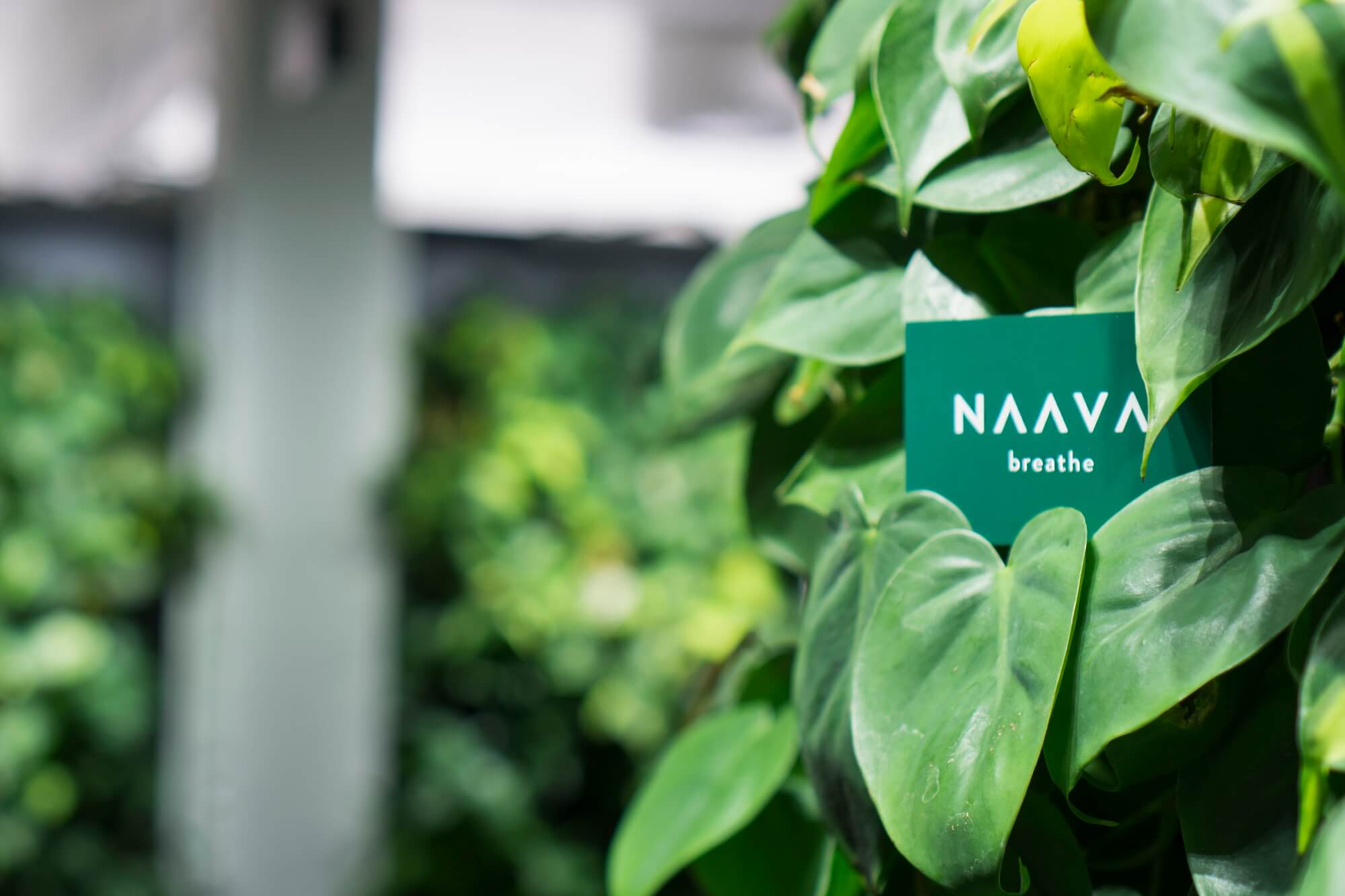 Naava Science: Biophilia – how science explains our love of nature
29.12.2016