What to do when you are a hairdresser who is daily exposed to a multitude of chemicals?

Many of us may not even realize how taxing the work of a hairdresser is for one’s well-being and health. Different dyes and styling products all consist of chemicals one can’t help but inhale while working.

Hairdressers’ exposure to chemicals is far greater than an average Joe’s. In fact, the shocking truth is that many hairdressers around the world can only practice their profession for an average of 8 years, before chemical sensitivity forces them out of their line of work.

Folk Helsinki is a hair salon with a strong concept: they strive to be as natural as possible and this includes reducing the intake of chemicals to the absolute minimum.

Many hairdressers around the world can only practice their profession for an average of 8 years, before chemical sensitivity forces them out of their line of work.

The trendy yet casual hair salon has its roots in nature. Meeri Mäntylä, entrepreneur and founder of Folk, grew up in the countryside, which is why she highly values having natural elements and products in her salon, balancing out the concrete jungle of busy downtown Helsinki.

Well-being is a way of life

From a young age, Meeri has felt a connection with nature. Seeing natural elements and colors makes a world of a difference in a person’s mental and physical state. Meeri has also noticed their effect. “It is important to look at well-being as a lifestyle. It is a part of everything I do from what I eat and buy to how I exercise,” she stated.

Naturally, it was important for her to incorporate nature and well-being in her work as well. As a result, the concept of Folk was born. Although the features Meeri wanted to emphasize in her salon were clear to her from the start, the concept of the salon has been carefully refined.

In order to represent Meeri’s love for nature, the space had to be calming, light and spacious, with lots of natural elements like wood and soft colors. 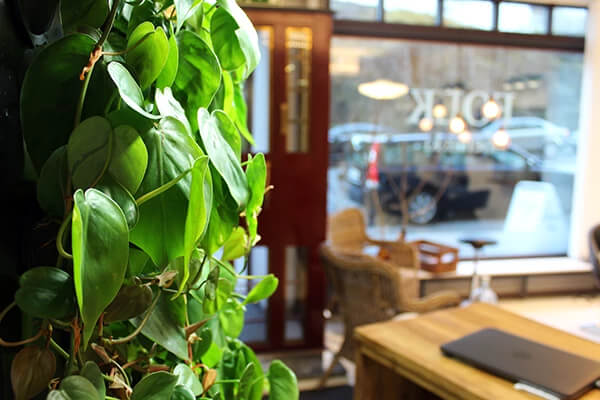 The concept of the salon does not only come across in the way the space looks, but also in all of Folk’s practices. For example, attention is paid to environmentally-friendly recycling habits and other daily choices, such as what tea and coffee to serve the customers. Organic is always preferred.

Additionally, natural cosmetics, including ethereal oils, have recently made their way to the salon to further emphasize the company’s passion for all things natural. The services of an eco beauty therapist have also been a hit with the customers and something Meeri wanted the salon to have from the very start.

The concept of the salon does not only come across in the way the space looks, but also in all of Folk’s practices.

One of Folk’s most common practices is to use as little dye to the roots of the hair as possible. Instead, highlights and lowlights are created to give the hair a more vivid look as gently as possible. The goal is to protect the customer’s scalp by choosing the safest way of achieving the desired look.

At Folk, the hairdressers care about their customers’ wellbeing, which is why they can even refuse from dyeing, if they are aware of the customer having reacted badly to dye before.

HOW TO COLOR YOUR HAIR AS GENTLY AS POSSIBLE: 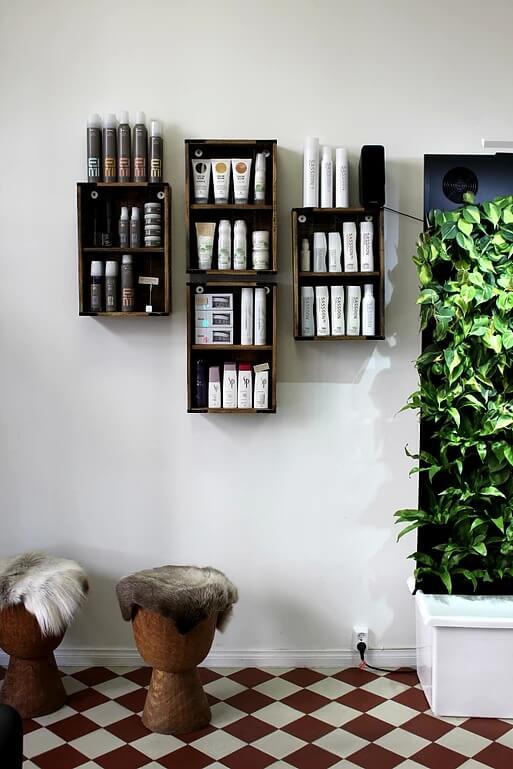 A new type of health insurance

Folk’s premises differ from other hair salons around the world, as here one can smell fresh air and breathe easy, instead of breathing in the pungent chemical odors people are used to facing when walking into a salon.

From the very beginning, Meeri knew she wanted a Naava smart green wall to her salon. “I thought to myself, I can’t put a price on wellbeing and health. If there’s something I’m willing to pay for, it’s feeling well,” Meeri concluded.

“I can’t put a price on wellbeing and health. If there’s something I’m willing to pay for, it’s feeling well.”

Folk now has two Naavas, one in each salon. The effects have been remarkable, especially for the staff members. “One of our staff members used to have a chronic flu due to bleaching powder, many suffered from headaches, and we had to constantly air out the room,” listed Meeri. All of these worries have faded away with the arrival of the smart green walls which purify the indoor air from all the chemicals and odors of the salon.

“The staff has noticed the difference the most. If Naava was taken away from us, we wouldn’t feel the same,” explained Meeri. Meeri’s colleague Anna Rajala agreed: “Investing in the quality of the air we breathe is a great health insurance. It’s simply easier to breathe here than in my last workplace”.

In addition to its health advancing effects, Naava has been welcomed to the space due to its eye-catching looks and relaxing, waterfall-like sounds. It has become a part of Folk’s brand, bringing a new level of comfort to the salon. “Naava truly embodies our whole concept of being natural and ecological, while still being trendy and pioneering,” Meeri rejoiced.

“Investing in the quality of the air we breathe is a great health insurance.” 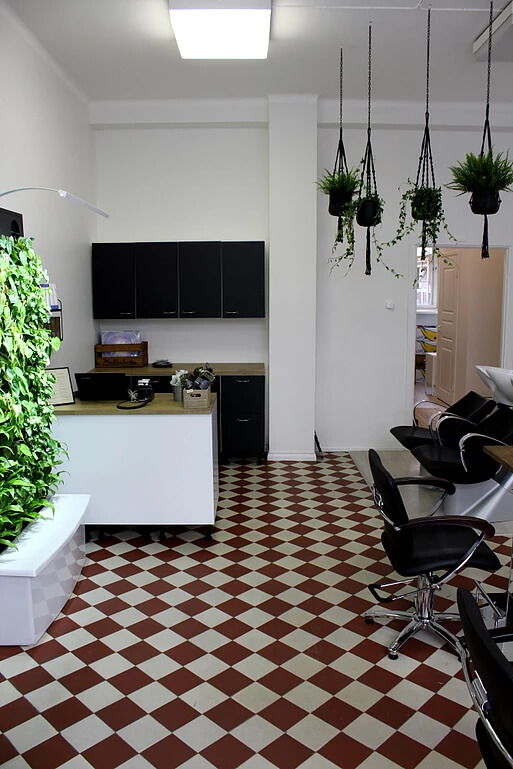 Feel the freshness of Naava

Contact us to learn more about Naava smart green walls and find out how they could transform the air quality at your premises.