SEB - Engaging Workforce to Design an Office of Well-being

How to embrace the needs of modern working life?

As an increasing number of companies rely on teleworking, financial services group, SEB, wanted to change things up by creating a workplace worth coming into. The company decided the best way to achieve this was to engage their employees in designing the new office. The new and improved workplace is now a functional, easy and inspiring meeting place for employees.

In recent years, there has been a notable change in many company premises. As office spaces are one of the biggest expenses for companies, more and more companies are now moving from secluded rooms into open offices. However, breaking down the walls between employees also has the added advantage of better cooperation and, in turn, better results. 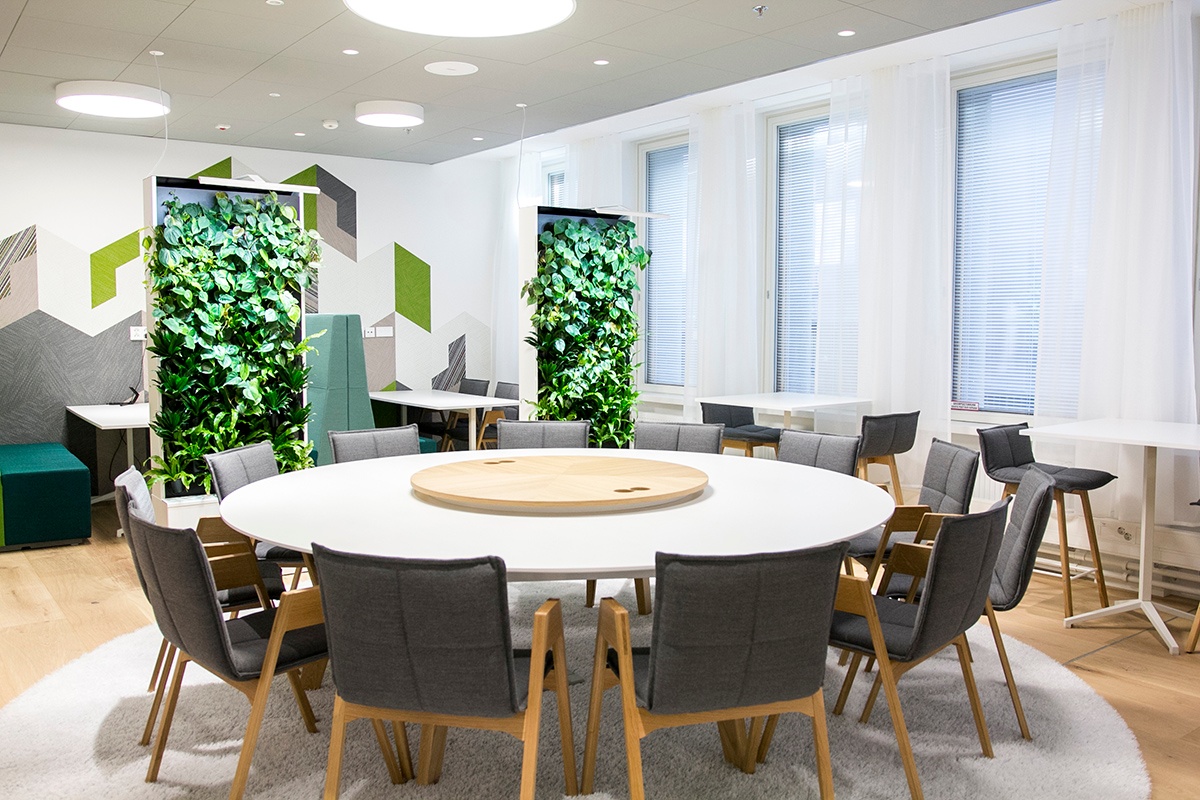 SEB wanted to pay special attention to building a workplace of the future, where not only employee productivity and well-being are supported, but also the quality of the clients’ service experience.

“We set our sights on moving from unfavorable office spaces to an open office. We wanted to take a step back from the conventional ‘my spot, my team’s corner’ way of thinking,” explained Viveka Ahlskog, Marketing and Communications Manager at SEB.

Forming a community in the workplace

The goal for the space was to create a meeting place for all of the employees, no matter what branch they work for. This way the office is not just a group of people who happen to work together, but a community, where everyone helps each other and interacts on a daily basis, whether it is over a cup of coffee in the new café or in a conference room.

The new office was designed by interior architects Gullstén&Inkinen. The theme of the office was chosen to be Nordic Village. Each floor with a workspace has its own sub-theme. These themes are based on different handcrafting skills, which can be seen in every detail of the premises, such as the wooden and metal arrangements, or the field-like pattern of the flooring.

Employee engagement was the key to success

As moving from one space to another often causes worry among employees due to possibly changing working habits, SEB kickstarted the move with a project called “a space for people”.

The employees were actively involved in the project by determining the kind of space they would want to work in. Instead of employees working according to the limitations of the workspace, the space was created to fit the needs of the employees. After the project, the overall mindset was excited, rather than worried.

“We wanted to create the new premises in the employees’ terms by thinking about the ways in which we could make the most functional, sensible and motivational environment for us,” described Salla Nyqvist, SEB’s HR Manager. 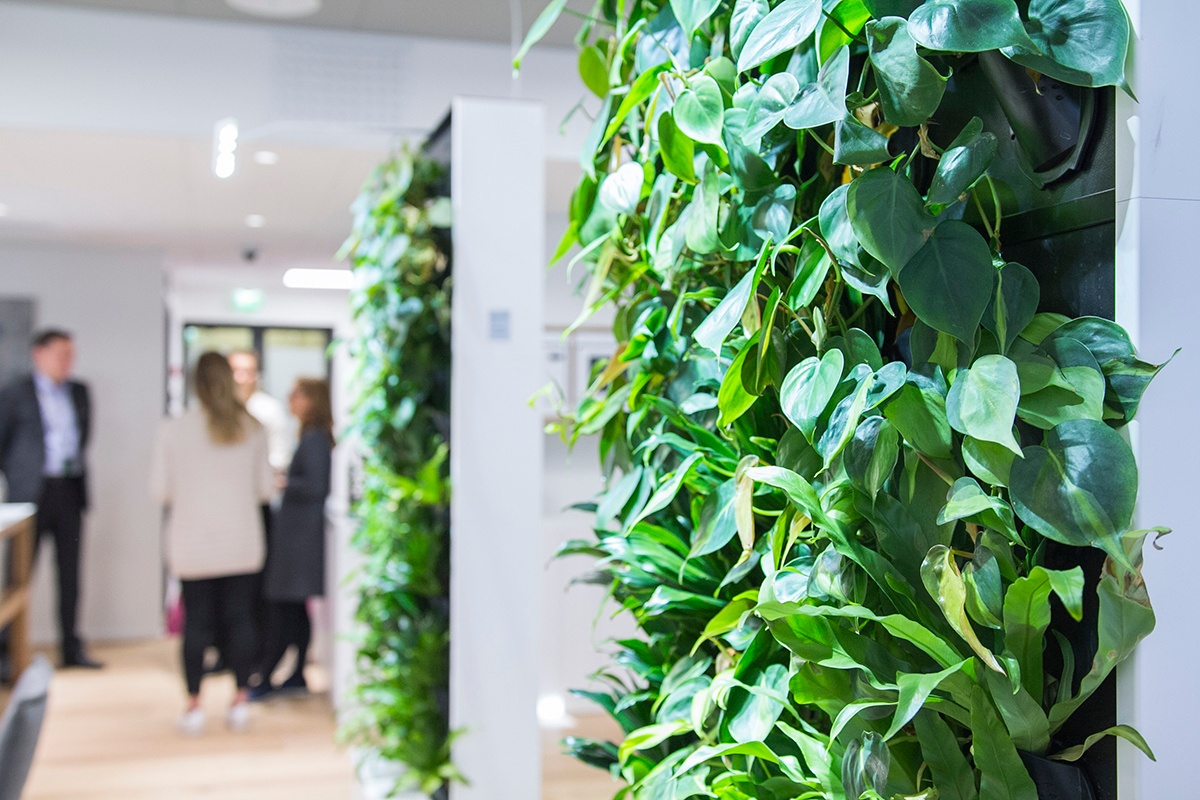 Anthropocentric design process: why and how?

Cooperation is made easy in an open office

Whereas prior to the move the easiest way of seeing coworkers was to set up a meeting, now constant interaction is the heart and soul of the workspace.

“We really believe that it is the internal cooperation of employees that advances our business in the end. This cooperation is created when people interact with each other throughout the working day. We wanted to make it as easy as possible.”

Interaction has also been made easier with a new café. The popular meeting place is conveniently located near the entrance of the premises, allowing employees to get together for breakfast or a cup of coffee with each other or with clients.

“We often have several people working for the same client from different angles. Prior to the move, there was no effortless way for them to interact. Now that this has been made easier, I believe it also works in our clients’ favor,” explained Salla. 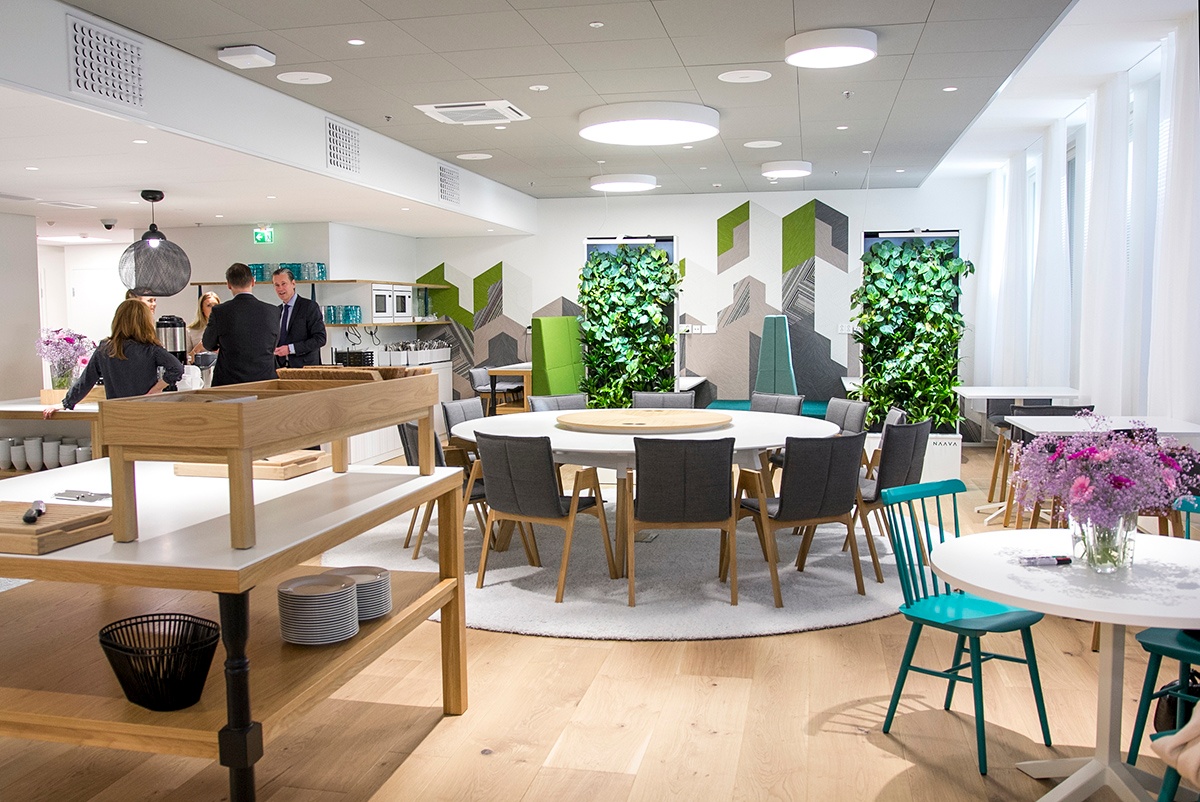 The company aims to enhance the well-being and workplace satisfaction of their employees by other means as well, which are based on annual themes of well-being.

“We have talked about 100% responsibility: how to act responsibly in terms of your coworkers and work tasks,” described Salla.

“Workplace well-being isn’t only about physical and mental well-being, but it is about the entire working community.”

The company constantly seeks for new ideas and solutions to increase well-being. For instance, after the move to the new office space, the company hired a well-being coach to ease the adjustment to the new environment.

“People were worried about being able to adjust their changing workstations to fit them, as before we had a physiotherapist make sure everyone had the optimal settings at their workstations. The well-being coach has helped us with this issue and with ways of implementing exercise as a part of everyone’s working days,” explained Viveka. 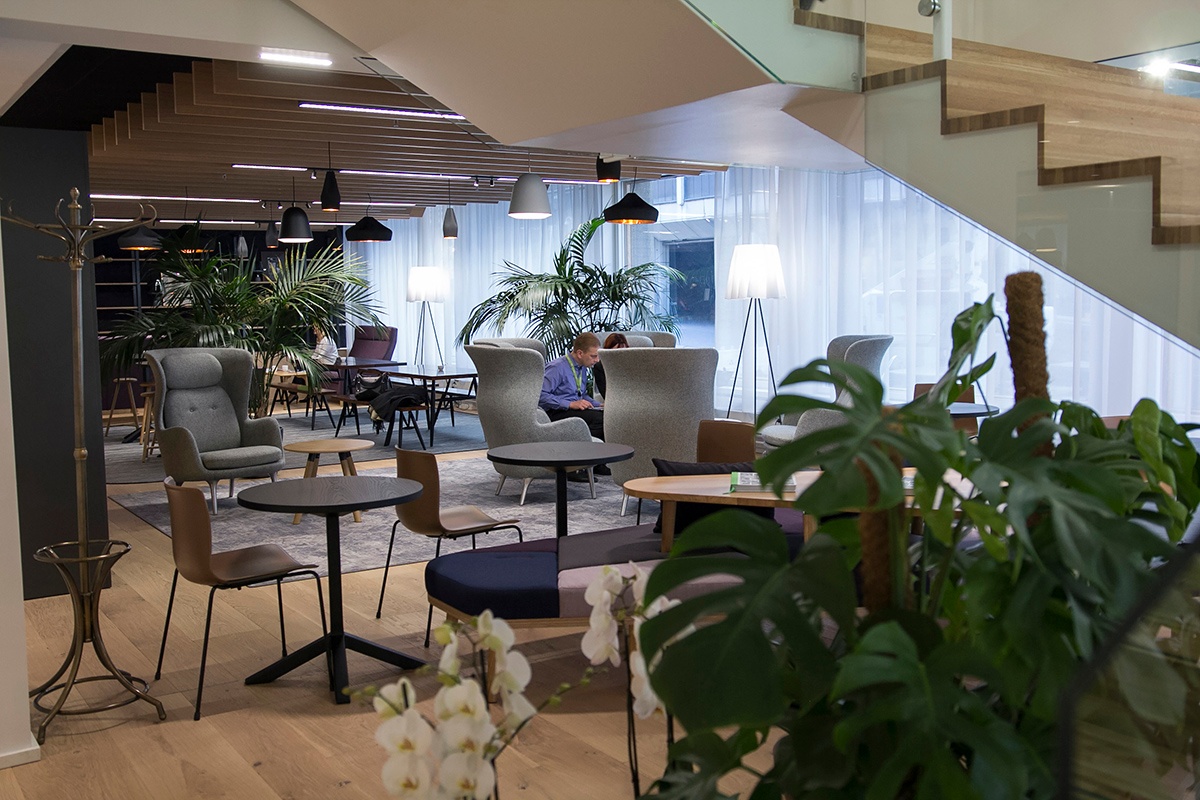 Moreover, as most of the people at the office do independent work as specialists of their own field, everyone is free to work in a way most suitable for their own well-being. For instance, by going to the gym in the middle of the day or by going outside for a walking meeting.

“In the end, I believe that the good internal working community we have here is seen as a positive attribute by the clients as well,” pondered Salla.

SMART DESIGN INCREASES USE OF SPACE

A workplace cafeteria takes up a lot of room but is only actively used for a fraction of the day. The space was divided into various sections, so it could be utilized for meetings outside of lunch hours.

“Naavas work well as room dividers as we can use both sides of them. On one side, there are plants purifying air, and on the other there is a whiteboard. Having a beautiful room divider purifying air is a real asset,” told Jari Kinnunen from Gulsstén&Inkinen.

SEB used to have Naavas in their previous office lobby. As the employees could only enjoy them when passing by, the Naavas of the new space were placed closer to the staff. Additionally, the stunning lobby with windows opening up to a park was designed to be a multifunctional space, which is used for different functions depending on the time of the day. 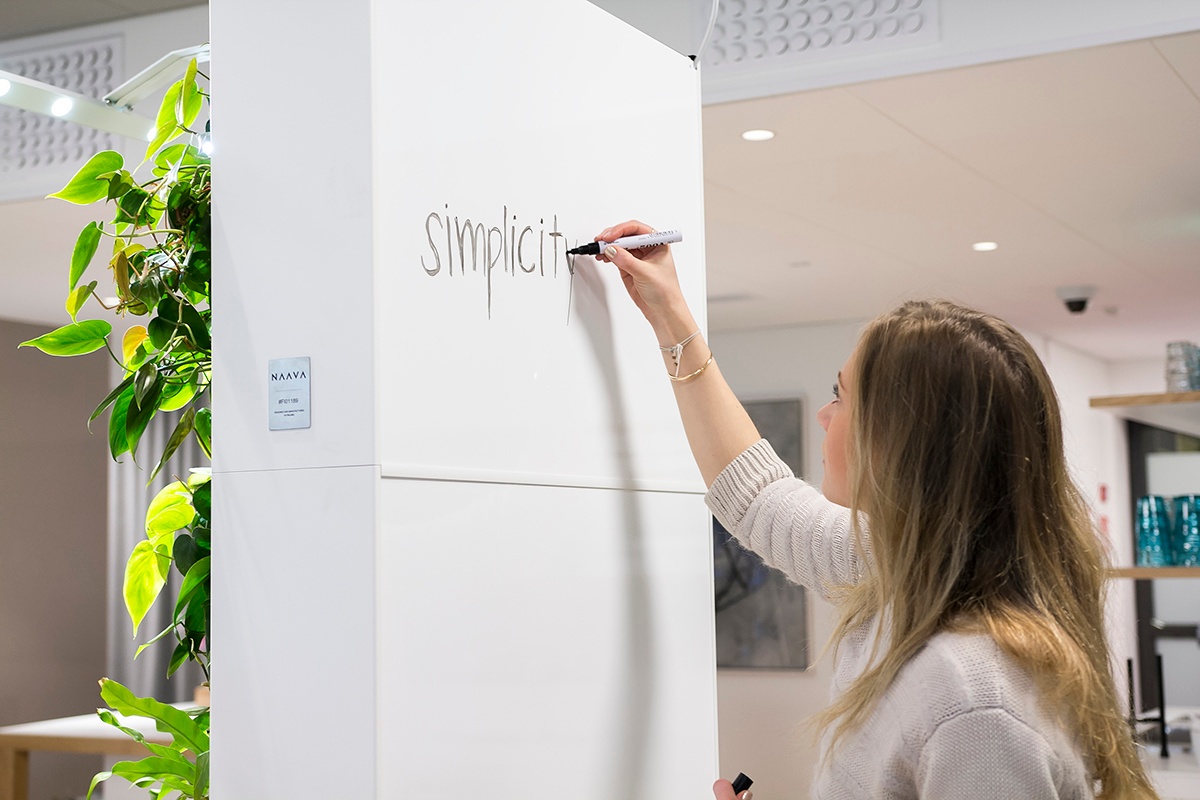 How could Naavas support the wellbeing of your employees?

Contact us to find out more about the effects of Naava and how they could benefit your work community.