In the Footsteps of Alvar Aalto: Naava and Biophilic Design

What comes to mind when you think about Finnish architecture?

Many people and probably most Finns think of Alvar Aalto (1898-1976), and they cannot be blamed for it. Alvar Aalto is a Finnish architectural national hero whose fame is not only limited to Finland. When discussing Aalto's work, Finns might mention buildings such as the Finlandia Hall in Helsinki, the Paimio Sanatorium in Paimio and the University Main Building of the University of Jyväskylä in Central Finland. But how many actually know what inspired Aalto as an architect and what the fundamentals of his design philosophy were?

Alvar Aalto was a master of functionalism, who aimed to design buildings that were as human-centered as possible. He believed that nature is a significant part of this human-centered, empathic architecture, which is why his buildings are usually, in one way or another, connected to nature. His own home, the Aalto House, and his architectural office Studio Aalto are prime examples of his human and nature-centered design philosophy. Many of the buildings he designed feature large windows, terraces, and beautiful plant vines that aim to bring them closer to nature.

In this article, we are going to examine Alvar Aalto's architecture and inspect how it is connected to biophilic, nature and human-centered, design. The article features an interview with Esa Laaksonen, a Finnish architect who acted as the director of the Alvar Aalto Academy from 1999 to 2020. We will also inspect the relationship between Alvar Aalto and Naava: how closely connected are the visions of Alvar Aalto and Naava and how likely would Aalto have included Naava green walls in his designs? Naava green walls are Finnish, nature-inspired design elements that help in creating natural, stunning, and healthy indoor environments.

This article on Alvar Aalto is structured in the following way:

Esa Laaksonen (photo: Martirene Alcantara) is a Finnish architect living in Helsinki. From 1999 to 2020, he acted as the director of the Alvar Aalto Academy. He also runs an architectural firm in Helsinki with architect Kimmo Friman. Laaksonen got interested in Alvar Aalto already during his studies.

At the moment, Laaksonen is working on a museum concept for the Järvenpää Art Museum at the artist home Villa Kokkonen. Villa Kokkonen, completed in 1969, was designed by Alvar Aalto for his dear friend and composer Joonas Kokkonen, who lived at the villa for 27 years.

How would you describe Alvar Aalto's design philosophy?

Laaksonen: Aalto had an innate skill for designing empathic, human, and nature-centered environments. He knew how to pick the right materials and use lighting. You could say that Aalto was at his best when others were at their worst. He was skilled in designing large, complex projects such as buildings on narrow, hilly sites. He had exceptionally good problem-solving skills, which made him very skilled at these kind of projects.

Today, terms like 'Service Design' and 'User-Centered Design' are widely used. Do you think that Aalto thought of these kind of concepts when designing buildings?

Laaksonen: I believe that it was just a natural thing for him to have the skill to imagine himself in the space he was designing. Because that's what empathy ultimately is: the ability to put yourself into someone else's shoes and use this as the basis for design. When he was designing buildings, Aalto always started the process by getting to know the habits and behaviours of the individuals spending time inside the buildings. Once he had figured those out, he began to design the building around these habits. One good example of this is the artist home of composer Joonas Kokkonen. Aalto knew that when composing, Kokkonen had the habit of strolling around his grand piano, so he decided to design the home around the grand piano. 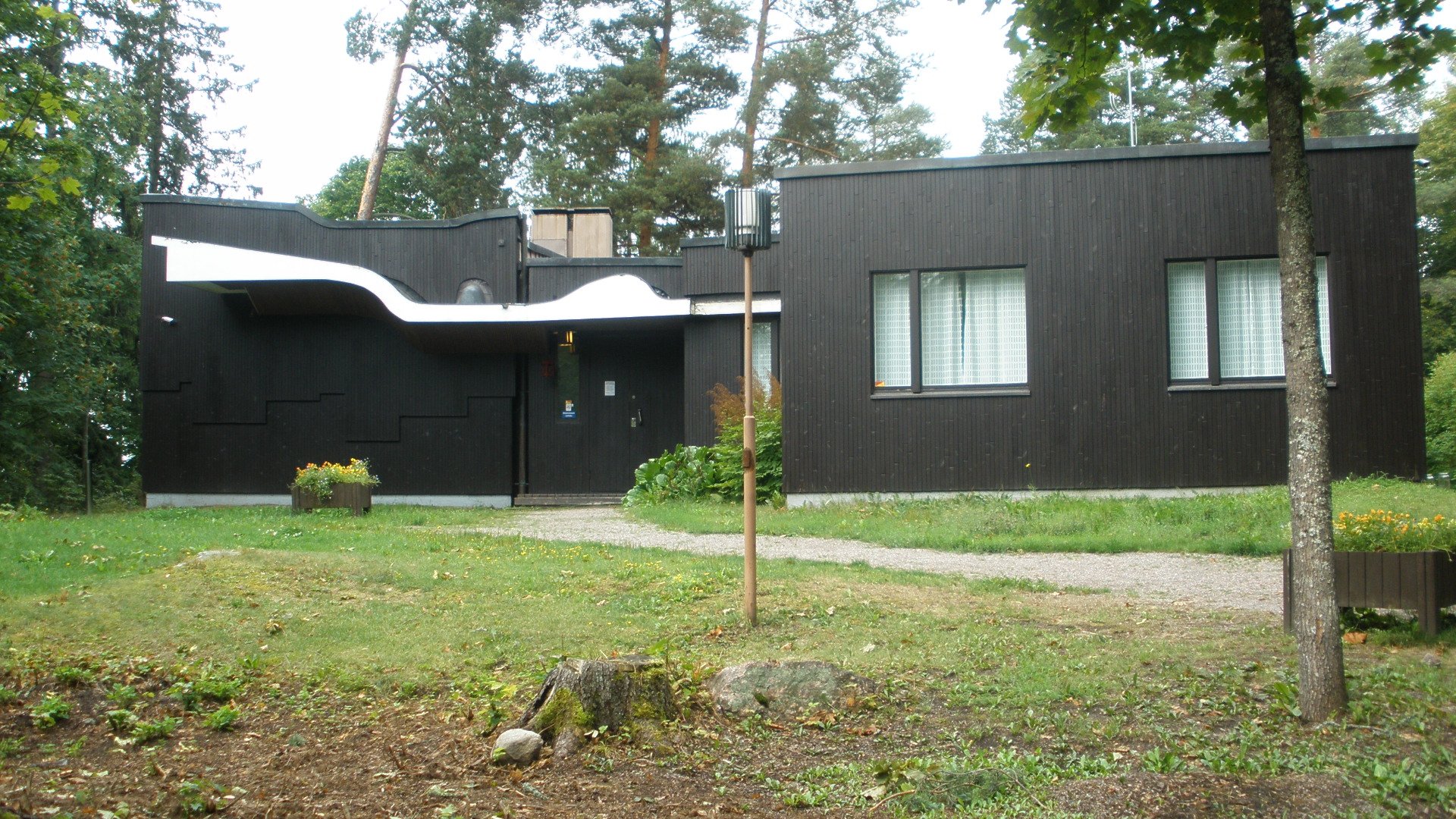 Aalto knew how to use lighting and design human-centered buildings. In what other ways can his nature philosophy be seen in his buildings?

Laaksonen: Aalto believed in a flexible separation of indoor and outdoor nature. For example, the Paimio Sanatorium was designed by him in a way that allowed patients to look out of the window even from a lying position. The sanatorium was also placed in the middle of a pine forest to maximize the patients' fresh forest air intake. Another good example is Aalto's own summer home in Central Finland. The summer home features a half covered patio which connects the outside surroundings to the inside environment.  It was always Aalto's goal to determine this distinction between indoors and outdoors and consequently, bring nature indoors.

Who did Aalto idolize? Who inspired him?

Laaksonen: I am sure that he was inspired by someone, after all, we are all influenced by what others are doing or have been doing in the past. The Swedish architect Gunnar Asplund might be someone who inspired Aalto, and possibly also some architect from Germany, France, or America. It has to be noted that Aalto was a "citizen of the world", and already from a young age involved in the global architecture movement. He was a very globally oriented person which was not that common in Finland back then.

What are the architects of today thinking about Aalto and his designs? Is Aalto's design philosophy still alive in modern architecture?

Laaksonen: Today, we have many brilliant architects who have a very similar approach to architecture. They know how to use materials and fuse nature into buildings. Of course, in Finland, nature and architecture have always been strongly connected. After all, when designing a building in Finland, nature is usually always present in one way or another. In many ways it can be said that taking nature into consideration when designing buildings is a staple of Finnish architecture.

Do you see a bridge between Alvar Aalto and Naava? Would Aalto have designed Naava green walls into his buildings?

Laaksonen: I can very well imagine that he could have. I believe that he would have used Naavas to build large and extravagant plant surfaces. Nature was very important to Aalto so there definitely could have been Naava green walls in some of his space designs. As a matter of fact, he did have a large plant wall in his studio, and designed similar ones into other buildings as well. It is possible that also a Naava would have looked good on the back wall of Aalto's studio.

What would Aalto have thought about bringing nature into offices by e.g. placing Naavas near employee desks at work?

Laaksonen: When designing buildings, Aalto always considered the people using the buildings and how he could foster their well-being, but it has to be noted that office environments back then were very different from what they are today. Therefore, it is quite hard to say whether this would be something he could have designed. But ultimately, I do not think he would have had anything against such a plan. Much like Alvar Aalto, we at Naava are also on a mission to design more human and nature-centered indoor environments. We acknowledge that while our lives have shifted from outdoor to indoor environments, our need to be connected with nature has not disappeared. Hence, we should aim to design indoor spaces that incorporate natural, biophilic elements as much a possible. 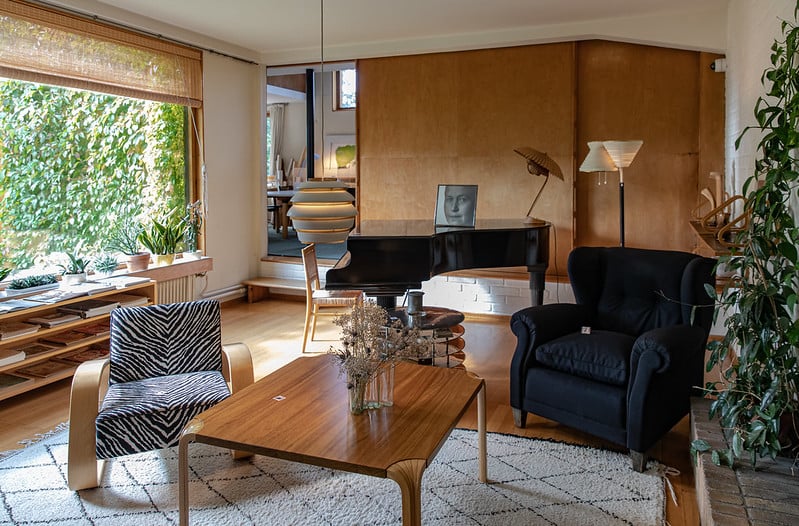 ACCORDING TO RESEARCH, NATURE INDOORS: