It is now even easier for interior designers to put health enhancing Naava Green Walls as close to personal workspaces as possible.

Green walls are usually installed on the walls due to their height. Naava customers have expressed their interest in having a product that can be put near workspaces, including in open-plan offices where the view must remain open. For this purpose, Naava has developed the low-rise Naava Flow Green Wall that also works as a space divider. 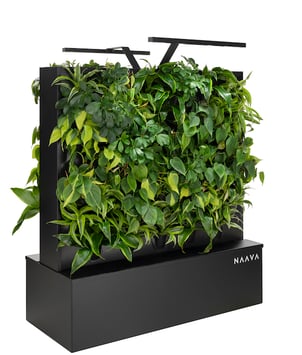 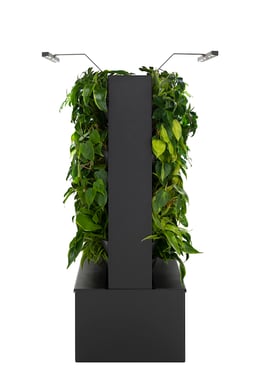 With Naava Flow, it is possible to design work and study spaces full of fresh air where it is easy to breathe. This free-standing 130 cm high Naava Flow creates privacy but leaves the space open.

“People spend most of their days indoors, which means that the indoors should feel as comfortable as the outdoors. Naava creates fresh, natural air and healthy green nature indoors, which is reflected in the alertness level and health of employees and thereby also the bottom line. According to a recent Harvard study, better air quality is the number one request on employees’ wish list at their workplace. Therefore, it is worth investing in good air quality,” says Eeva Niemelä VP of Interior Design at Naava.

Naava is not a normal green wall

Naava differs from ordinary green walls in several ways. One distinguishing factor is its technology. Naava Green Wall’s operations, such as the speed of the fans, watering schedule, and lighting, are guided by a technology developed by Naava. Naava Green Wall is also connected to weather satellites, which makes is possible, for example, to ensure optimal air humidity during a cold winter day.

Naava’s operations can be monitored through the Naava application that will be launched globally this fall. With the application, employees can monitor the information related to Naavas at their workplace. The service shows, among other things, the quantity of indoor air Naava has cleaned, or rather, made natural in the space.

Everyone can test the application at www.naava.app and see how the technology is utilized by the Naava Green Walls at Naava’s Helsinki office. 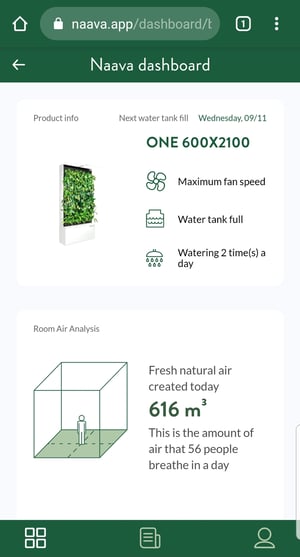 “Many people think that a couple of indoor plants in a room are sufficient in terms of air purifying. However, the purifying effect of one plant is quite small. With the Naava biofilter, we have multiplied this small effect many times over. It would require approximately 6,000 ordinary plants to reach the purifying effect of the 60 biofilters of the Naava Green Wall. It would be impossible to place or take care of such a number of plants,” says Eeva Niemelä. 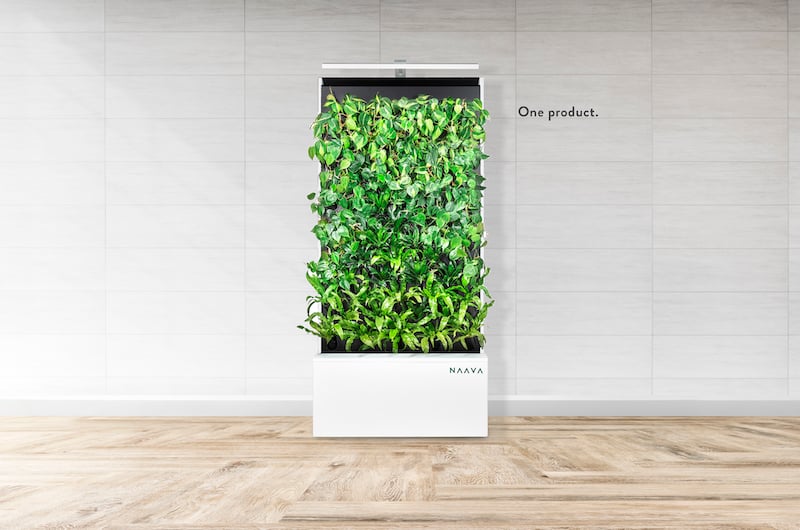 Naava Flow, especially designed for work and study environments, purifies and humidifies the air of an area of up to 40 m2.

Color options include white and black.

The LED light (5700 K) in Naava is designed for plants and people. It is especially suitable for the working environment, since the color temperature that imitates daylight enhances alertness and concentration.

No water connection is required for Naava; only standard electric outlet is required.