May 21-24, Naava is introducing its revolutionary smart green walls at ICFF in booth 1785.

“People spend on average 22 hours a day indoors where we are exposed to more pollutants than outdoors. Every American inhales as much as 10,000 liters of contaminated indoor air every day. In addition, we are often disconnected from nature. Humans are not at their most efficient and healthiest in an artificial indoor environment. Naava wants to change that and create human-friendly and health-enhancing indoors spaces with the help of the world’s only active smart green wall,” says Naava’s Brand Manager Eeva Niemelä.

Naava’s award-winning smart green wall triples as a fully automated air purifier, humidifier and living plant wall. According to world-leading scientific research performed on Naava, it can efficiently remove pollutants from the air. With our unique technology, there is no need for soil. With Naava, illness is reduced, fatigue is halted and cognitive performance is improved.

In comparison to regular green walls, Naavas are best located close to people where they can enjoy the air-purifying and biophilic effect. With Naavas around you it’s like working outside but in the comfort of indoors. Naava smart green wall is a visual demonstration that people are feeling well in the space.

A SMART GREEN WALL FOR EVERY SPACE

Architects and interior designers play an integral role as Naava’s partners. Naava has received the coveted Fennia design prize and several innovation awards.The ease of use of Naava smart green walls, the product’s modularity and possibility to tailormade installations in any given space have made them a big hit among the Nordic interior design industry with over 1,000 Naava smart green walls installations. With the growing interest in biophilic design in the US, Naava has just opened a production facility in New Jersey. Naava smart green wall is the easiest way to bring fresh natural air and real nature inside offices, schools and homes in the USA.

The plants are the most visible part of the product, but the invisible part of the product is the technology: the sensors and the artificial intelligence, which monitor the plants’ well-being and make sure the smart green wall works seamlessly and remains in perfect shape. In addition to the technology, our expert Naava Service team makes sure Naavas always look fresh and beautiful by maintaining them every 4 to 6 weeks.

Naava smart green wall is a vibrant and eye-catching green centrepiece. Naava can be free-standing or fastened to the wall. It is the perfect solution for freshening up the air in open offices, meeting rooms or personal workspaces. Your Naava can also be equipped with a Skate-wheelbase, which enables it to be moved around the office freely. A larger, uniformed solution can also be created by combining several Naavas together. Naava can also be utilized as a space divider. The back of the green wall can be used in different ways, for example as a blackboard or a whiteboard.

SHAPE AND SIZE: There is a wide selection of different sizes, colors and surface materials. The product has a lamp of its own, so it does not need natural light.

PLANTS: All the plants we use are allergy-friendly and they have a soil-free growth medium.

TECHNICAL REQUIREMENTS: The smart green wall requires a standard plug-in electrical connection. The cord can either be placed in the upper or lower corner. Naava has an integrated water tank, meaning it does not need to be connected to a water outlet.

PRICING: The price starts from $249 per month for the all-inclusive Nature as a Service package (24/7 service and full plant and product guarantee).

Come and experience the must-see and must-breathe innovation of this year’s ICFF in booth 1785! 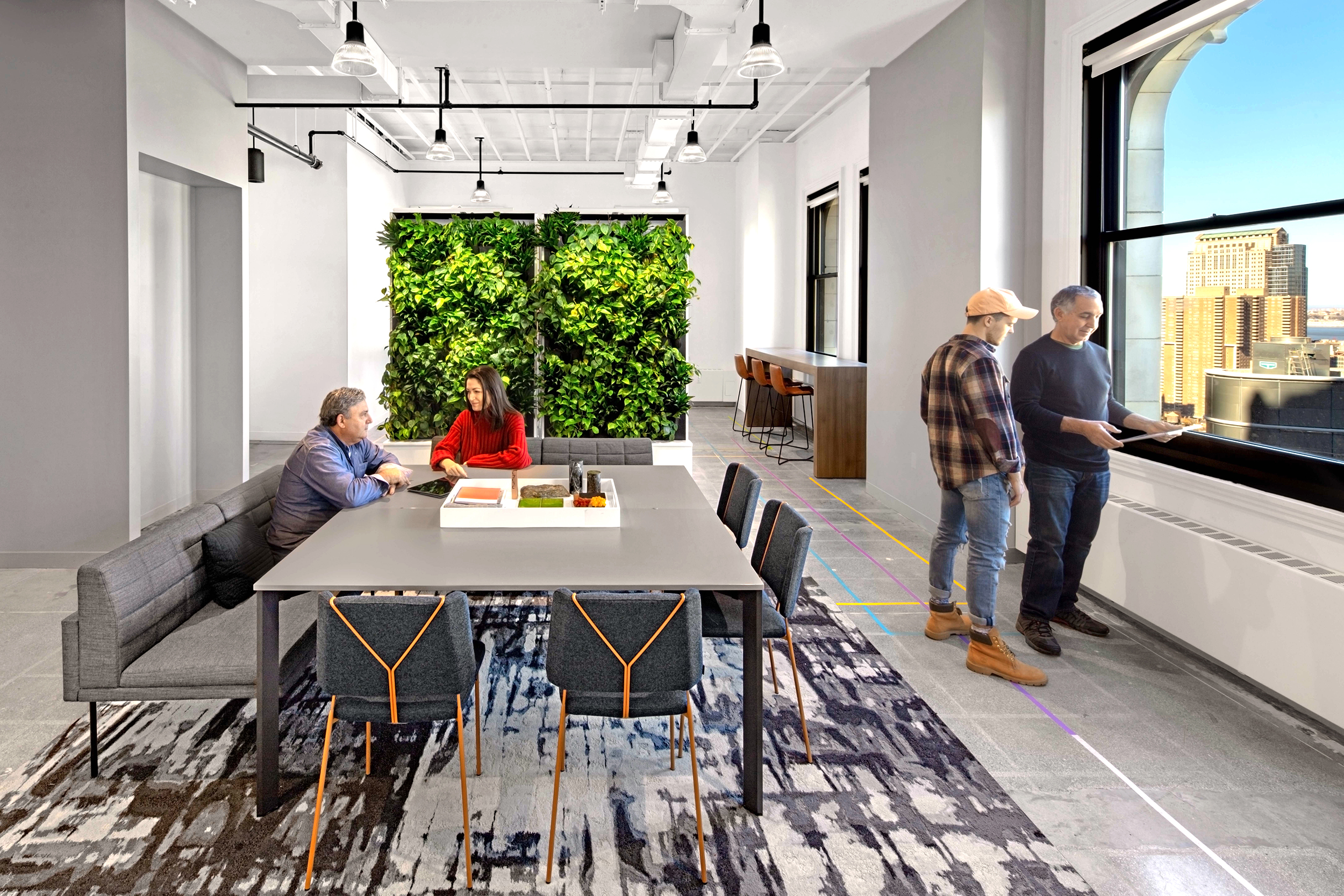 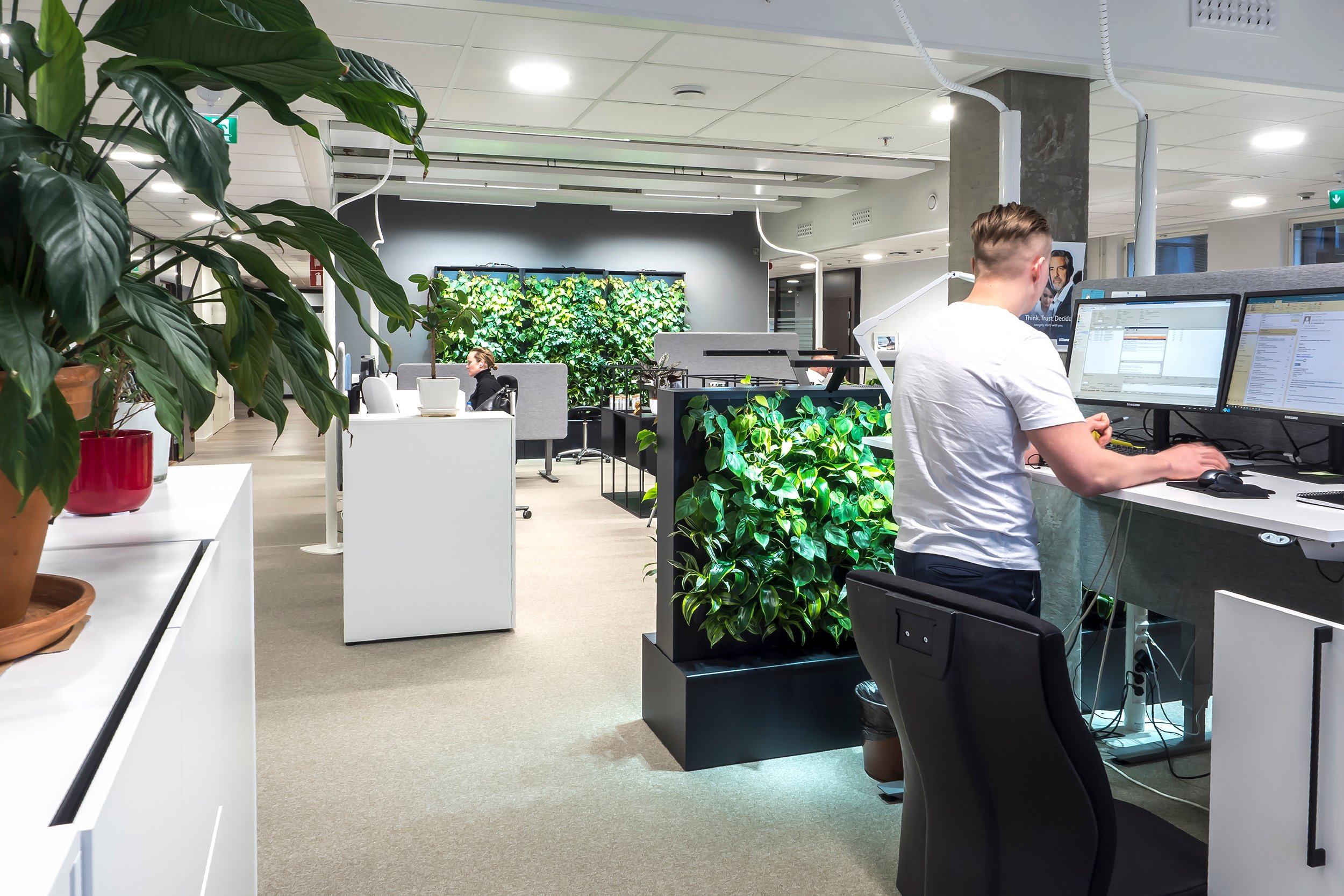